Brda: The Tuscany of Slovenia

Brda, the land of hills, is nestled midway between the Alps and the Adriatic. 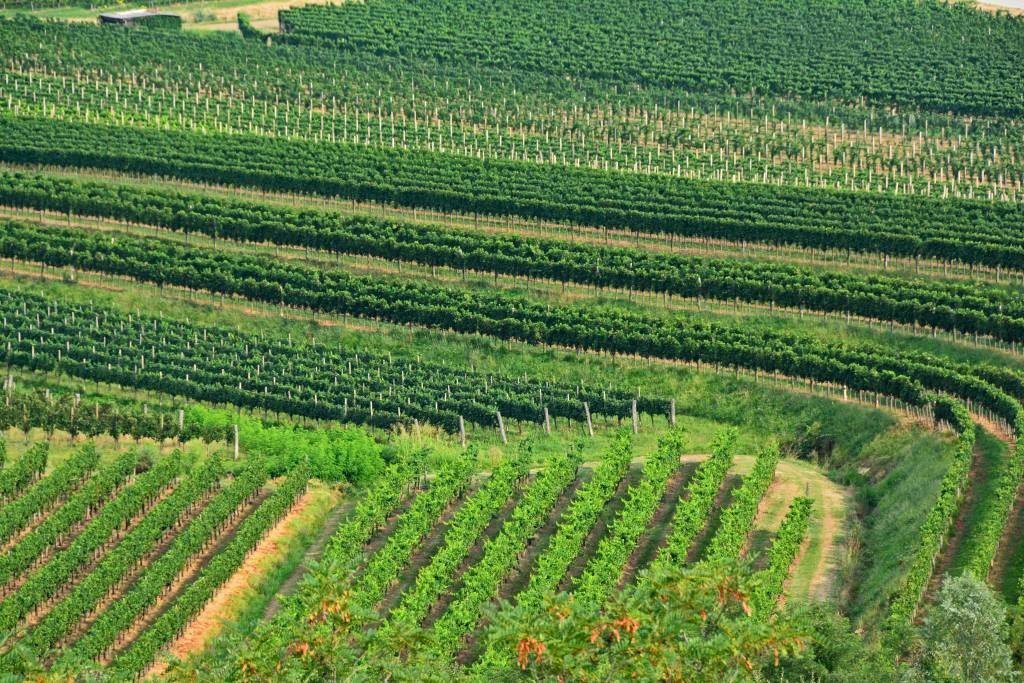 It has been given the nickname the ‘Tuscany of Slovenia’ for its countless vineyards, rolling hills, and medieval villages. 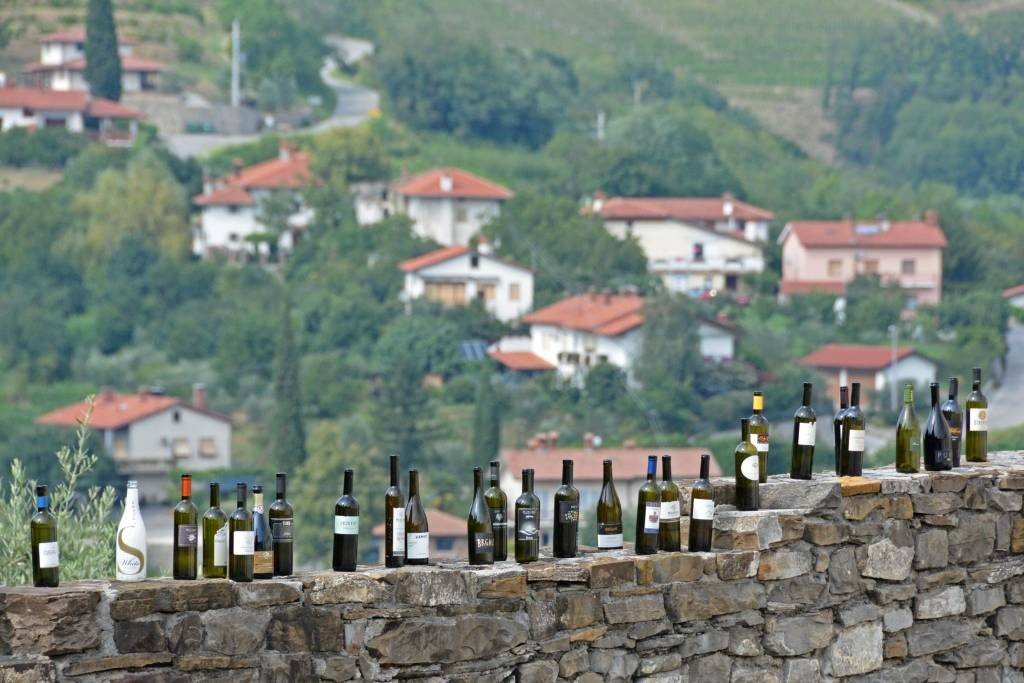 Though a large portion of the region crumbled to its foundation during a devastating earthquake in 1976, remnants of medieval architecture still remain. 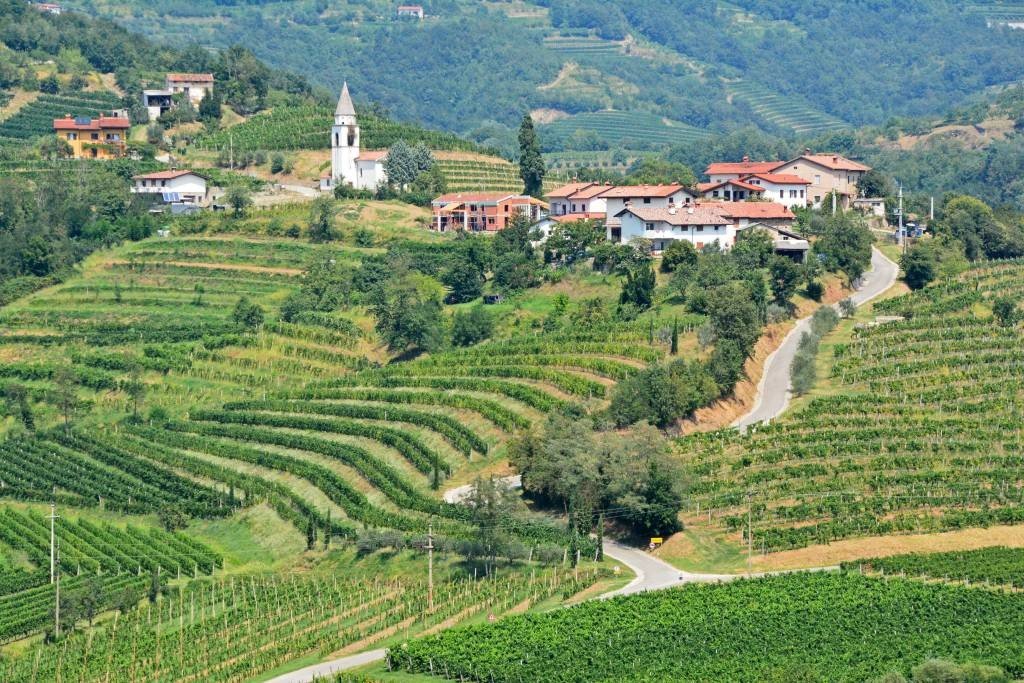 The natural conditions in Brda are perfect for viticulture (wine growing). Rich soil, ample sunshine, sufficient rainfall, hot summers, and mild winters all contribute to a fruitful and bountiful harvest of grapes each year. 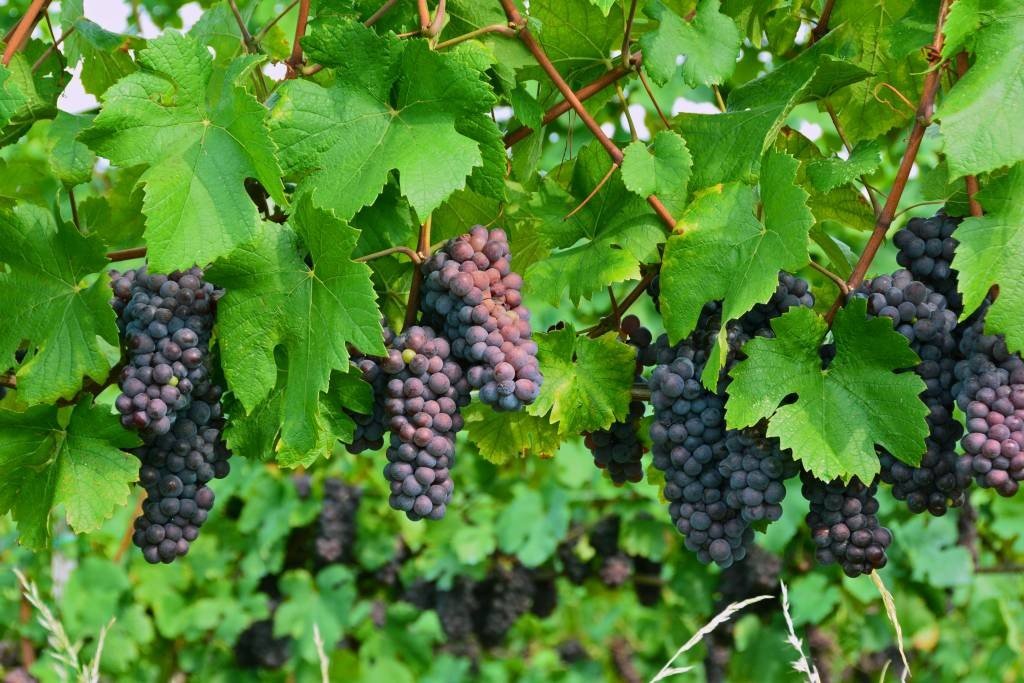 The area is most well-known for its region-specific Rebula, a refreshing white wine. Rebula is only grown within a 40 km radius of the Brda region. 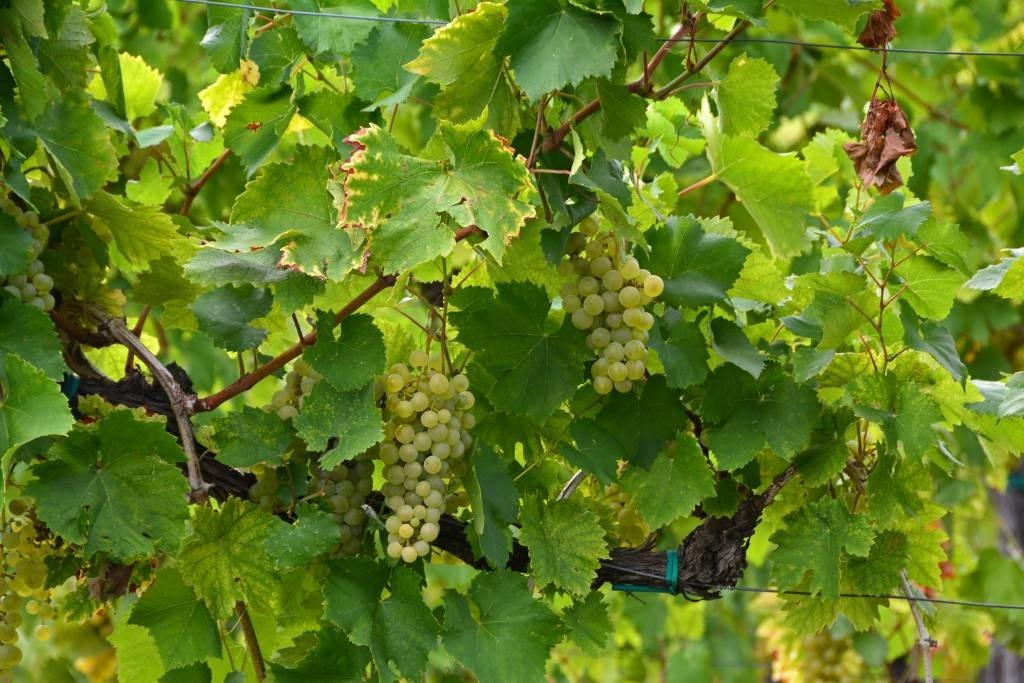 Cabernet-Merlot blends are also quite popular in Brda. 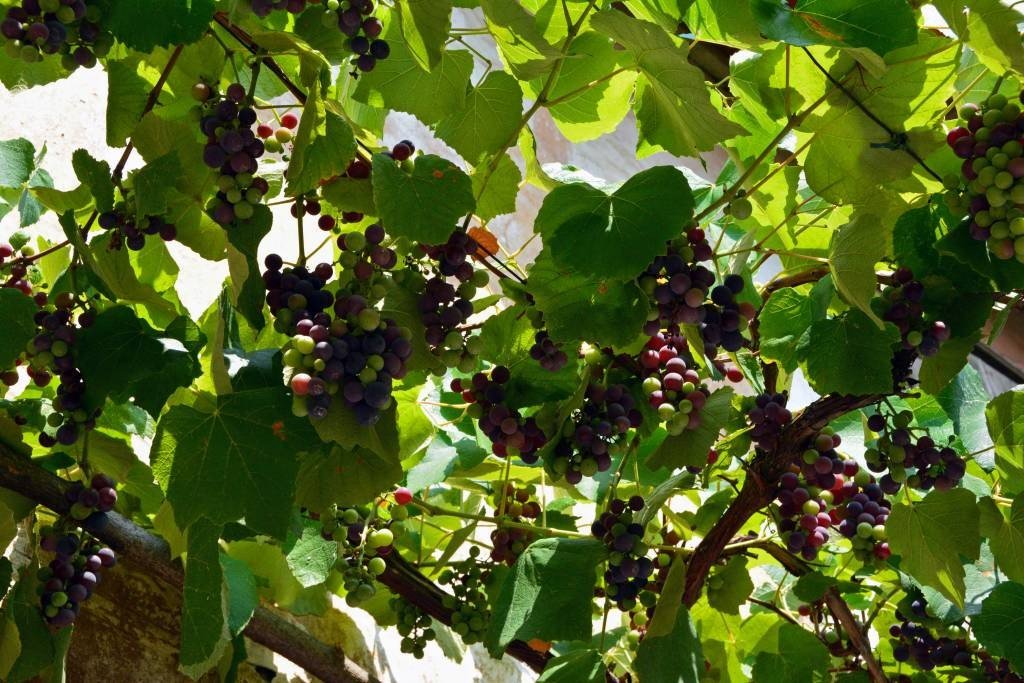 Dobrovo- In the Heart of the Brda Region

About 400 individuals call the village of Dobrovo home. It lies in the very heart of the Brda region. Dobrovo Castle boasts artistic and historic collections and exhibits, in addition to housing the largest cooperative cellar in Slovenia. 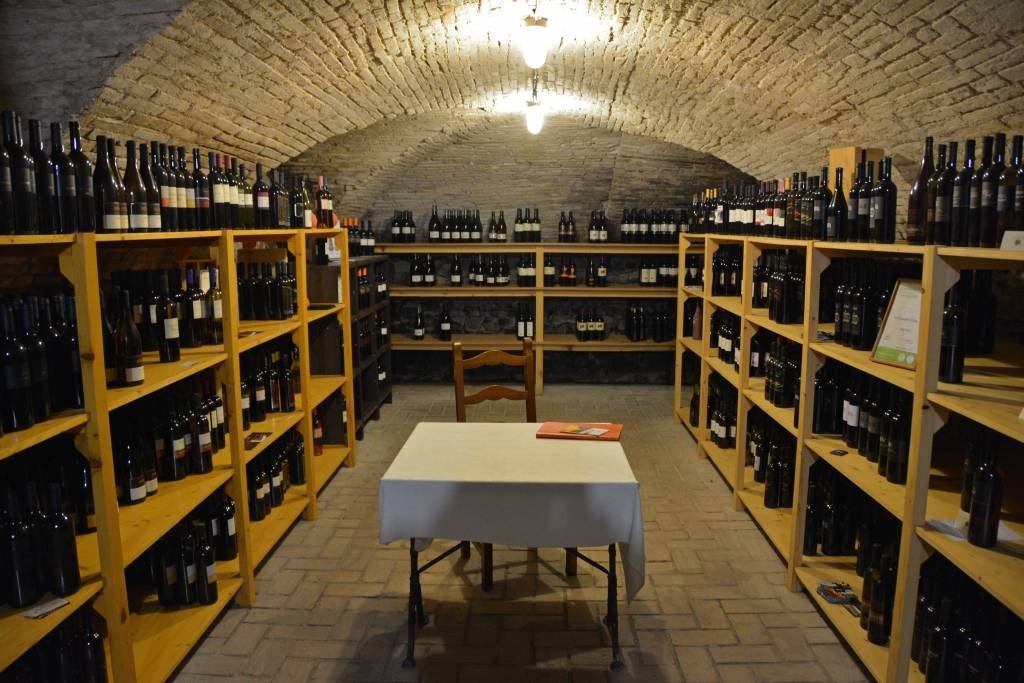 All of the Slovenian wine we sampled in Ljubljana was delish, so of course we had to get in on some sampling at the castle! 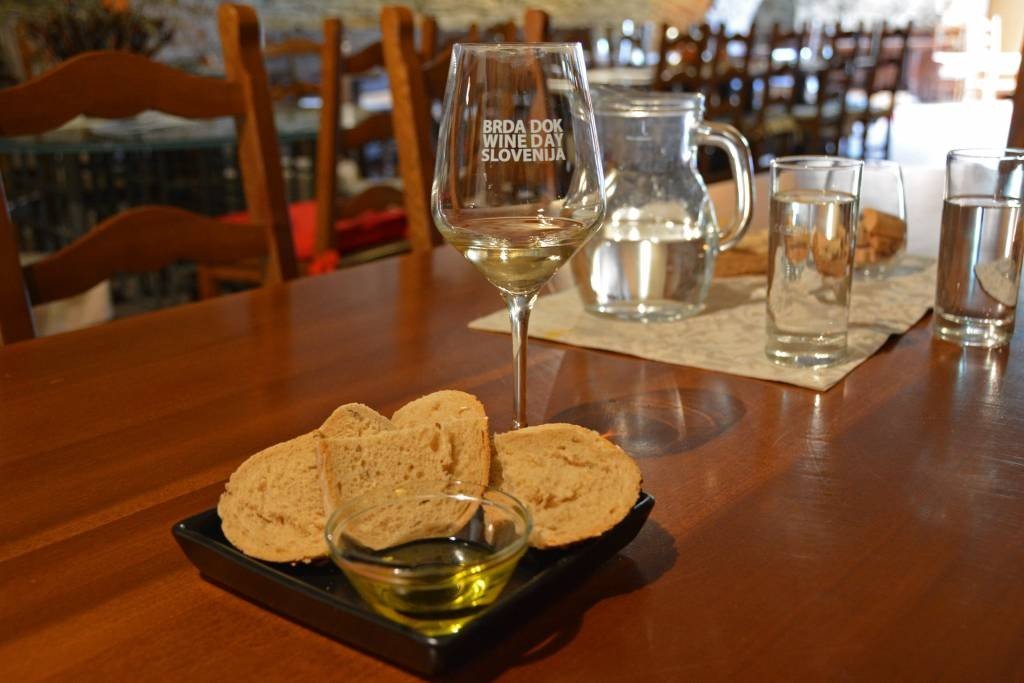 First, we sampled the Rebula. It was perfect for the hot August day, with refreshing lemon and green apple notes. We also sampled a Sauvignonasse which was also tasty; a little drier than the Rebula. 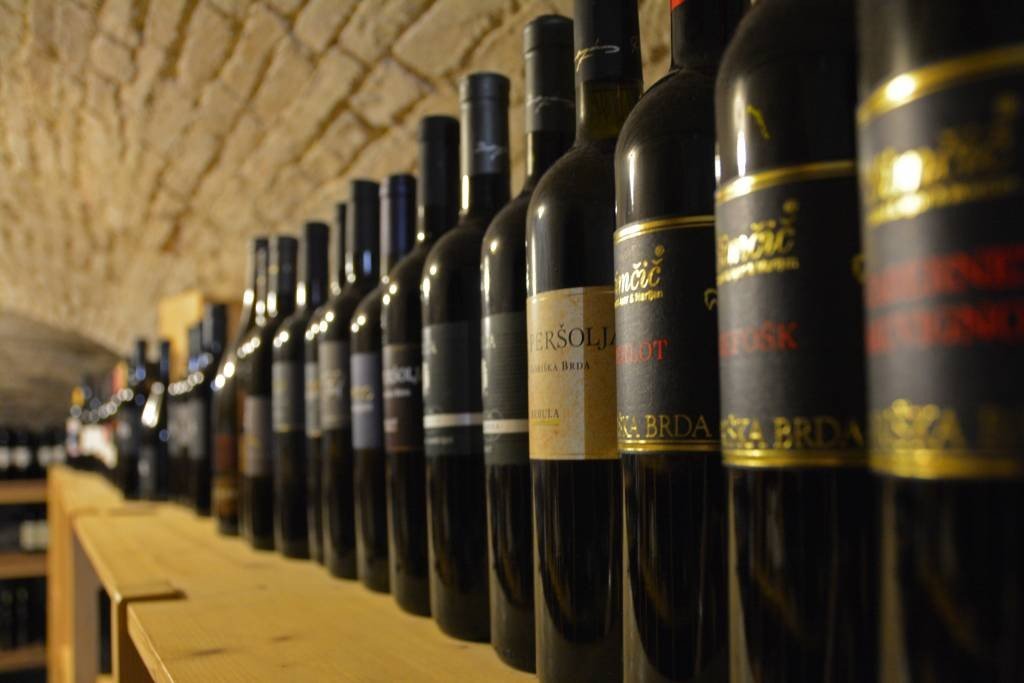 Next up was a Jakot wine, made from the same grapes as the Sauvignonasse. We were instructed to let this wine warm and breathe a little to release the toffee and caramel flavors. For our final pour, we were provided with a Merlot. It had been barrel-aged for just 1.5 years in order for the wood flavor to not be too overpowering. I enjoyed the Merlot; Sam not so much. The server actually ended up bringing us a bonus sample, a Merlot-Cabernet blend, because he wanted Sam to end with a red wine he actually enjoyed. It worked! 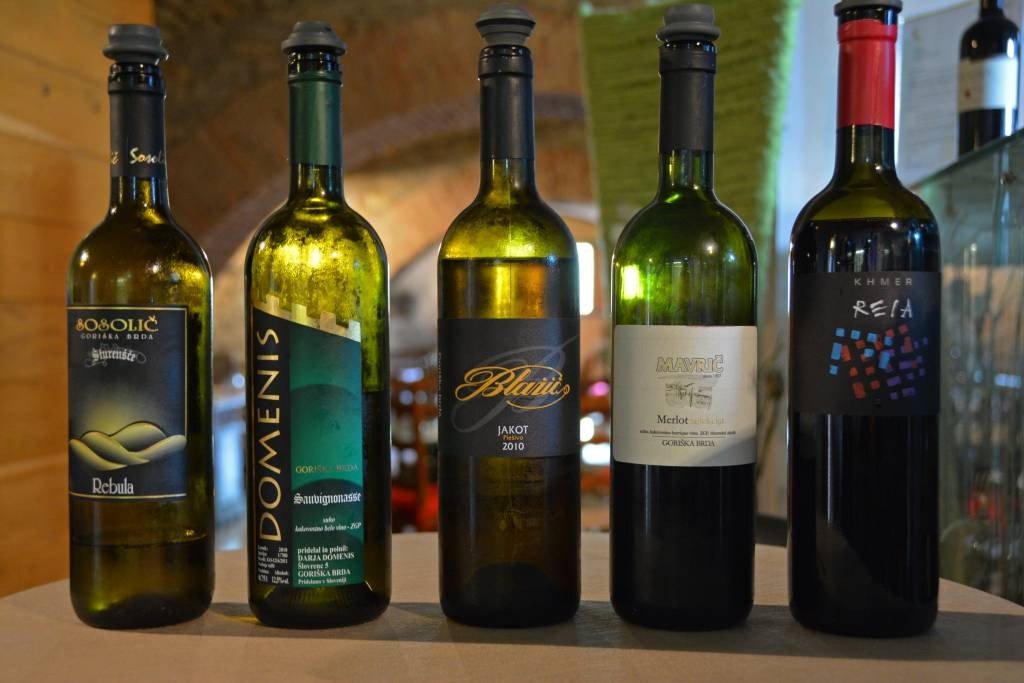 It was the only tasting we did all day, as wine tasting works a little different in Brda than it does back where we are from in California. Instead of going from winery to winery and just walking in and paying for a set number of samples, most of the tastings in Brda are done out of people’s houses with their private production of wine. You must call ahead to see if they are accepting guests. Had we planned a little more in advance, we would have definitely taken advantage of this hospitable practice. Maybe next time…! 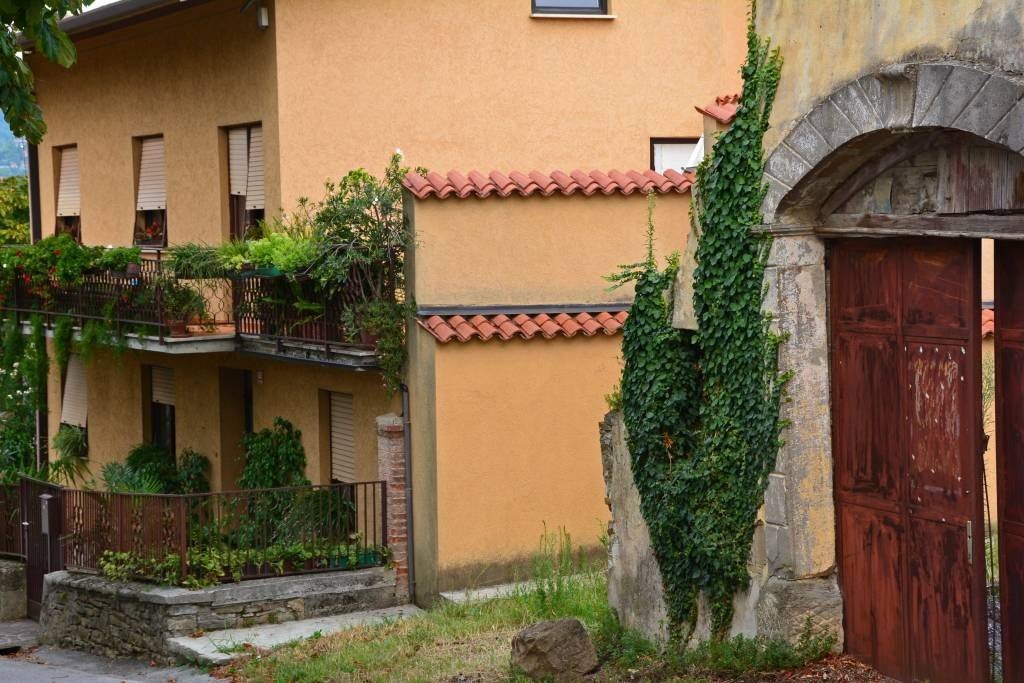 Several castles and churches, along with the adorable town of Smartno date back to the Middle Ages. Smartno can be seen from pretty much anywhere in Brda, as it prominently sits perched on a panoramic hill. 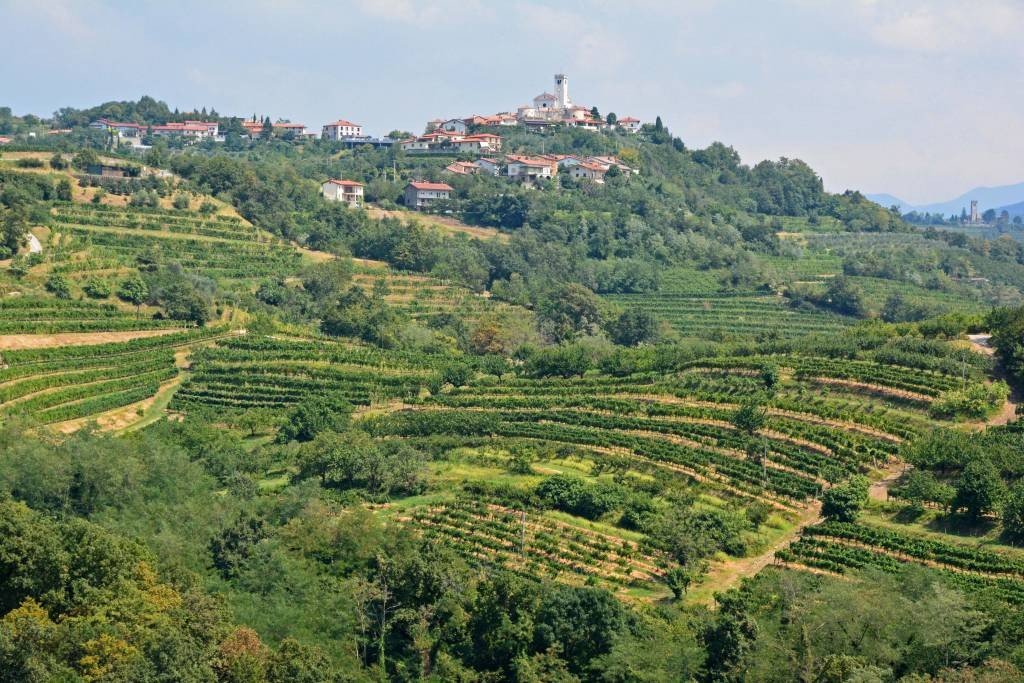 Its alleyways are perfect for perusing and admiring the medieval buildings. Stop in one of the several tiny cafes or restaurants or purchase a hand-made craft from one of the locals. 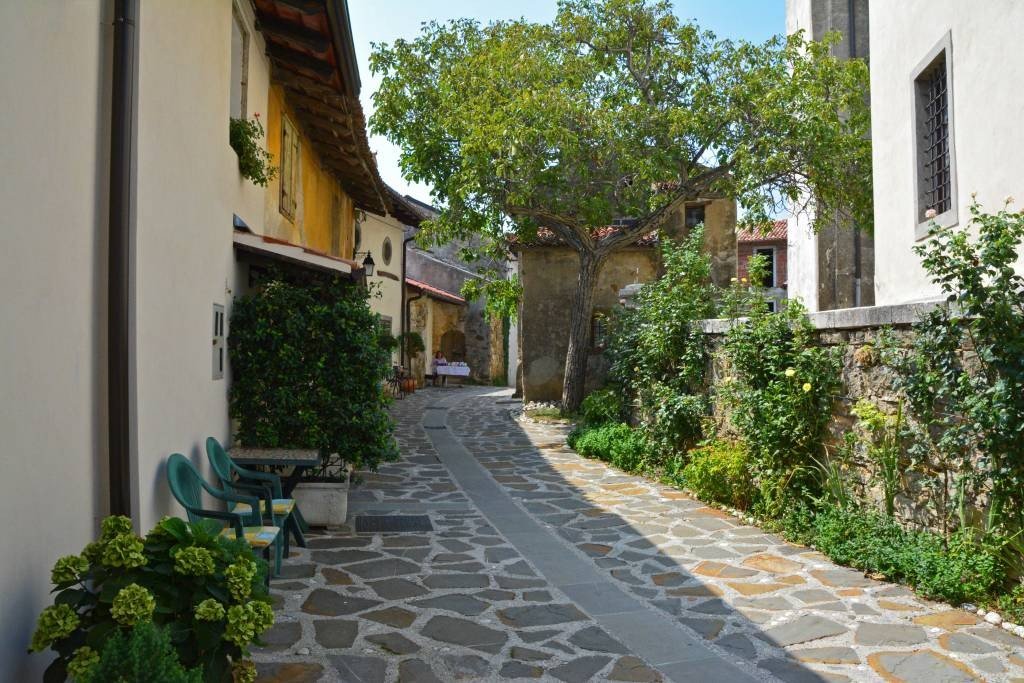 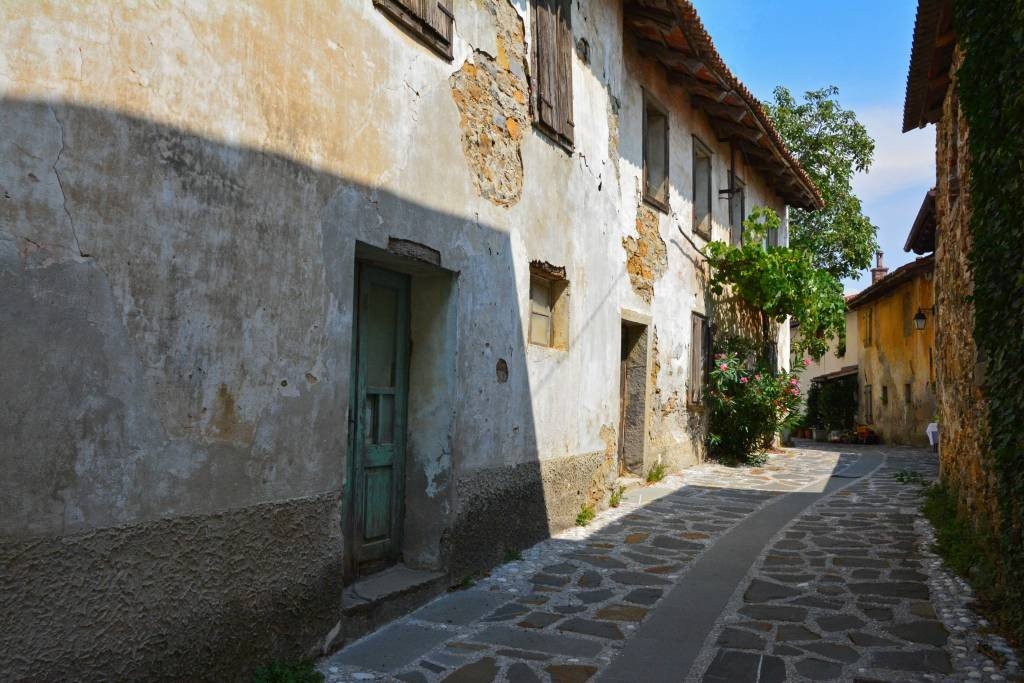 The church in Smartno, St Martin, is the largest in Brda and contains a bell tower that was once a fortification tower. 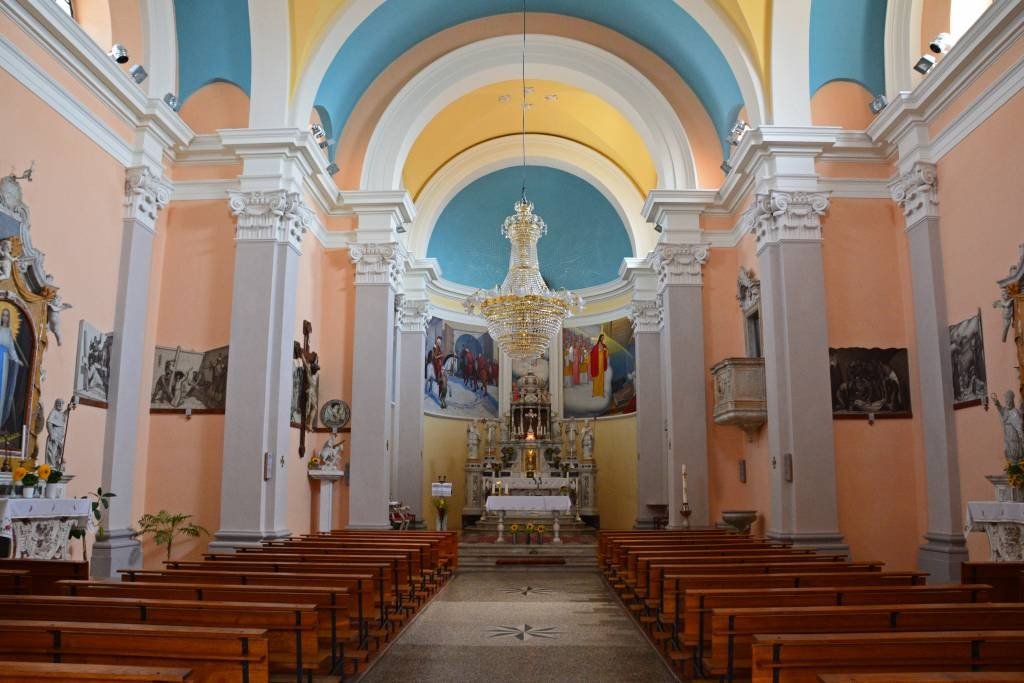 The Picturesque Villages of Brda

Shamelessly, we only visited Brda for a few hours on a short day trip. Having said that, we would recommend future visitors to allow more time to really explore the region. We were only able to stop by a handful of other villages on our way back to where we were staying near Kobarid, just over an hour away. 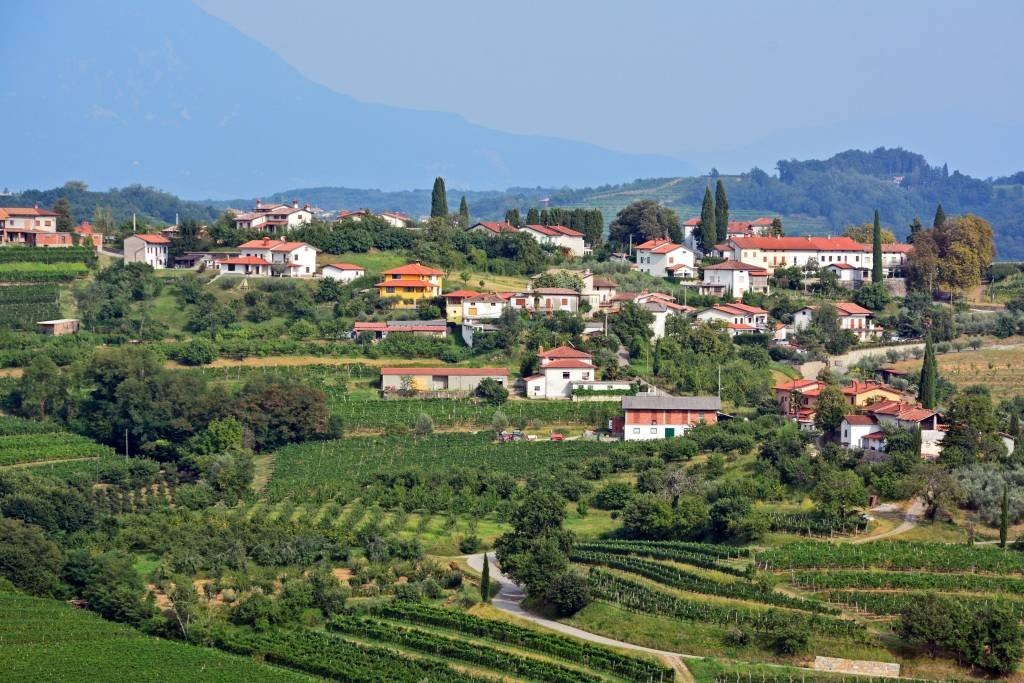 Kozana is a small village surrounded by vineyards with sweet grapes and orchards with various types of tasty fruit. Within the village is St. Hieronymus Church which has a bell tower that stands separate from the church. We also drove through the villages of Vipolze and Medana before starting the drive back toward Kobarid. 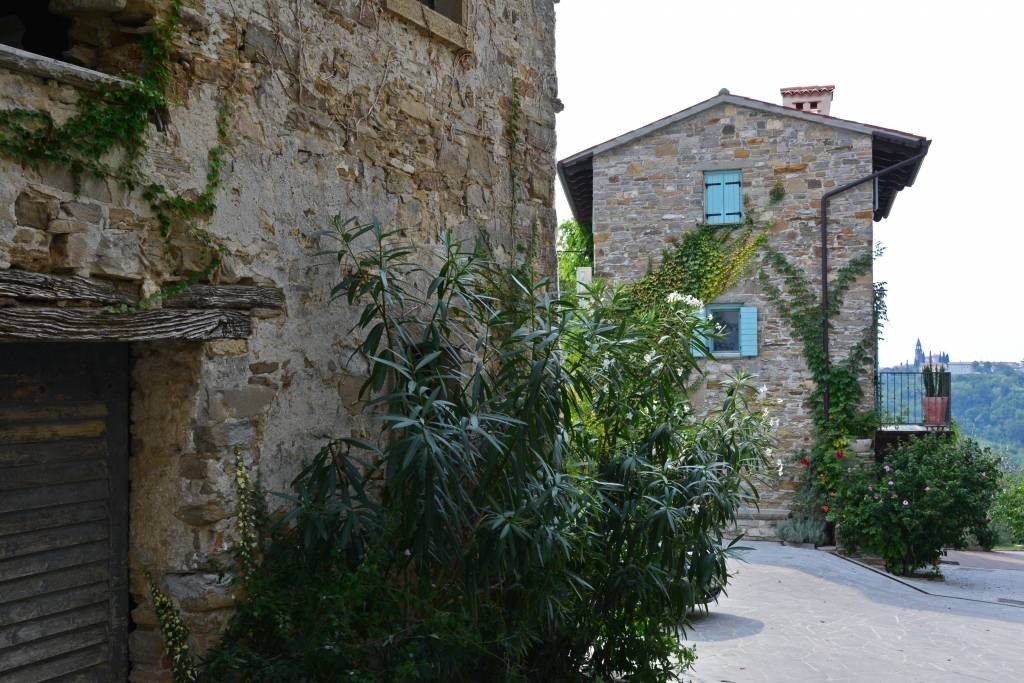 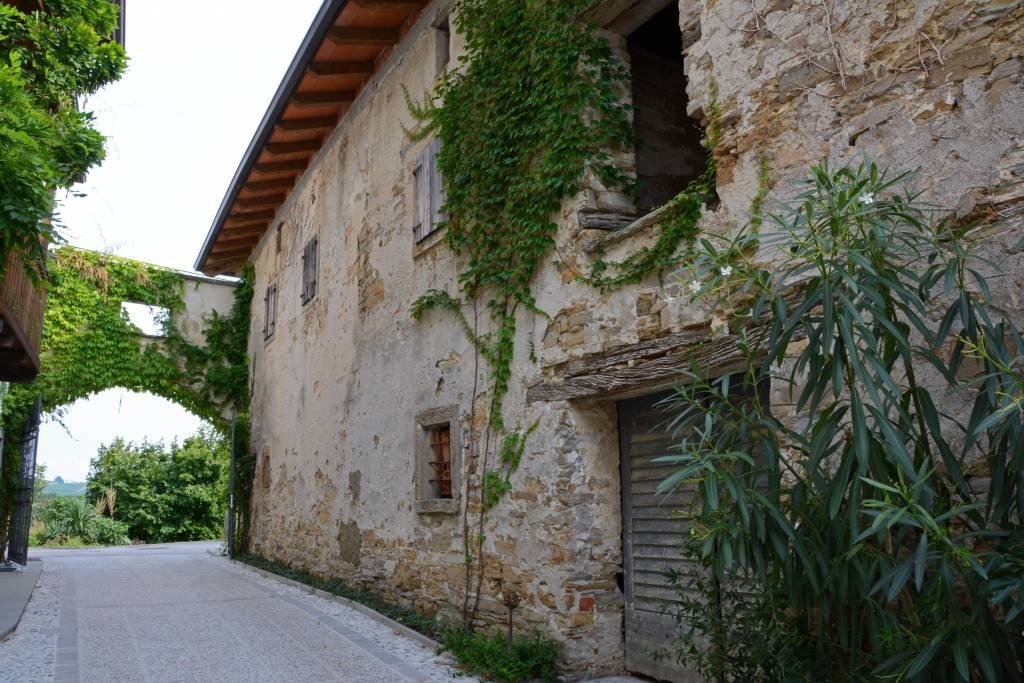 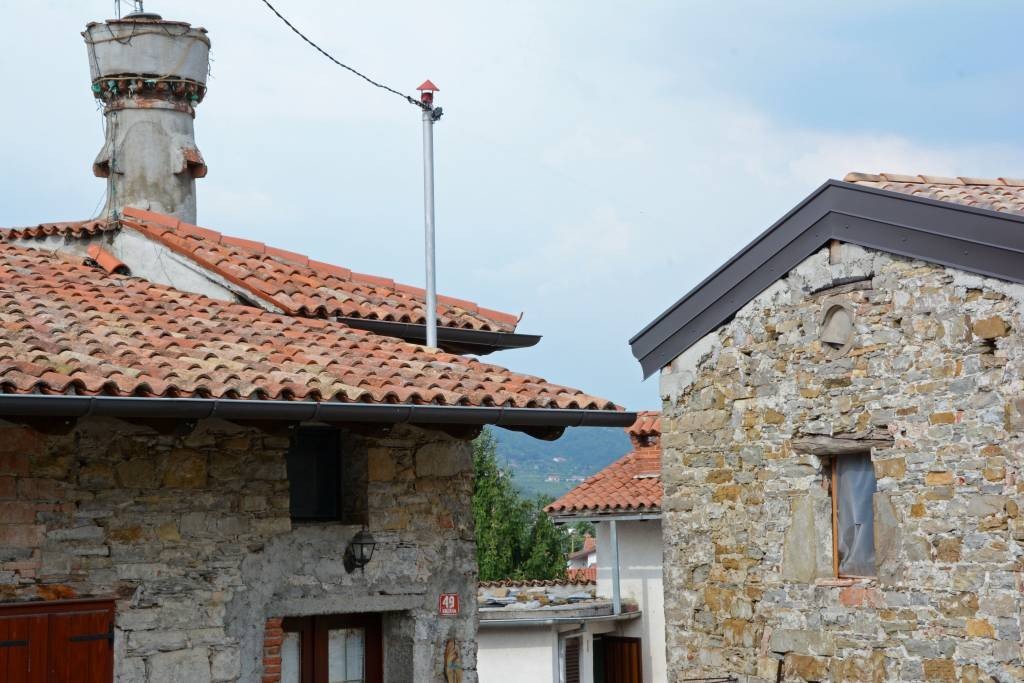 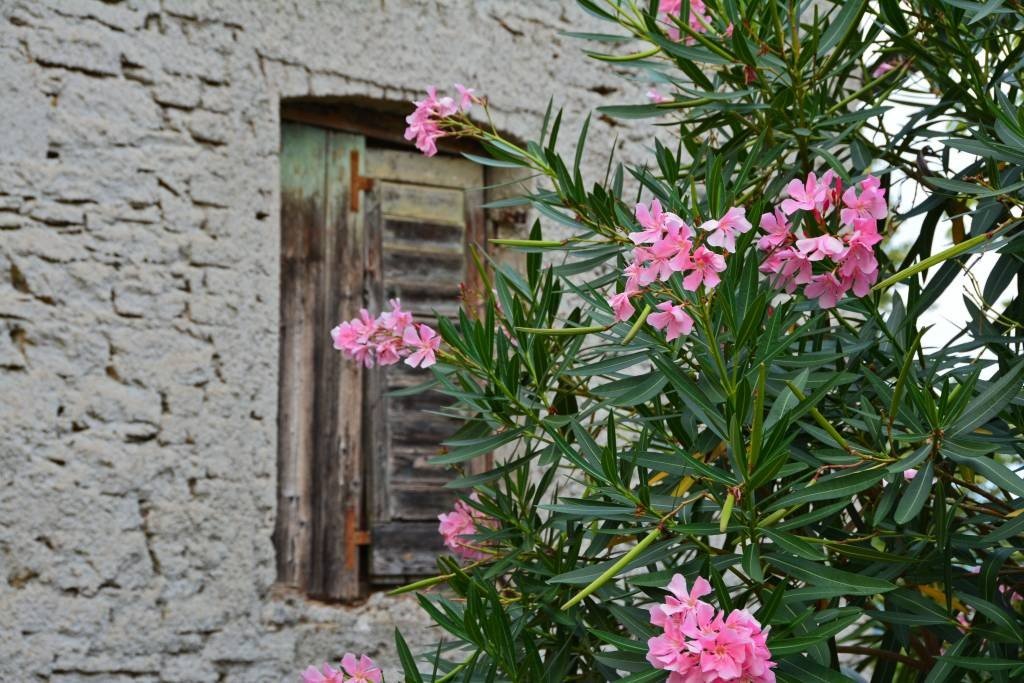 Though we wish we had time to explore more villages during our abbreviated visit, we certainly enjoyed the landscape! 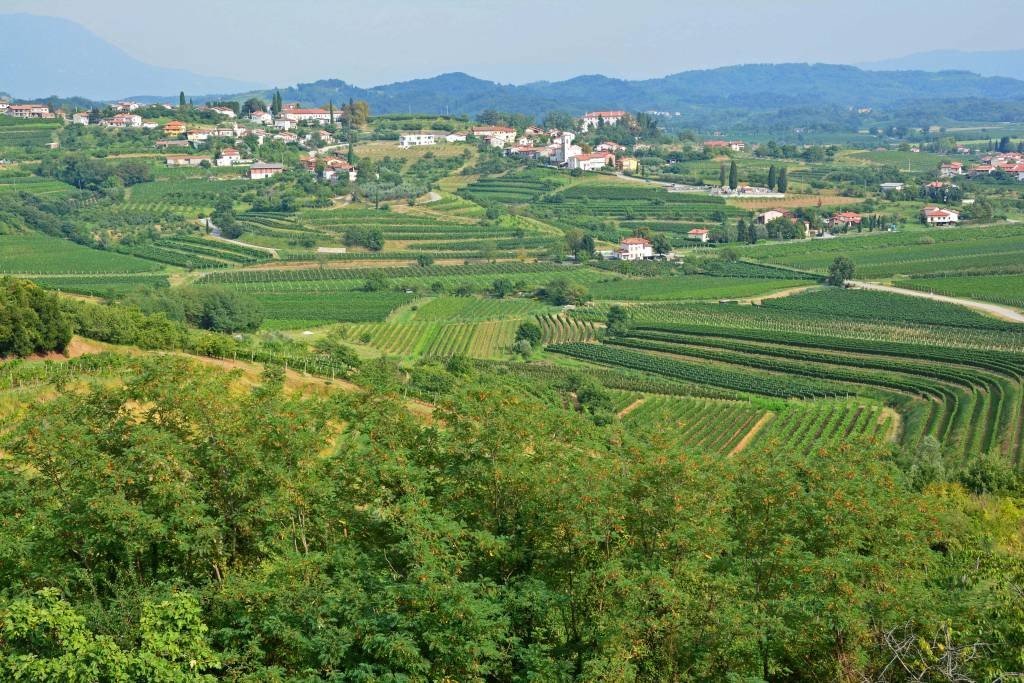 A neat little factoid about this route is that you actually drive through part of Italy for about 20 minutes. We couldn’t resist getting some gelato during our stint in Italy, and we can now strongly recommend you make a stop at Paradiso dei Golosi for some delicious gelato!

Planning a trip to Slovenia?

Check out more of our Slovenia posts about this astonishingly beautiful country to get an idea of what not to miss!