(This is not to be confused with the St. Bavo Cathedral, which is a Roman Catholic church located elsewhere in Old Town Haarlem.) 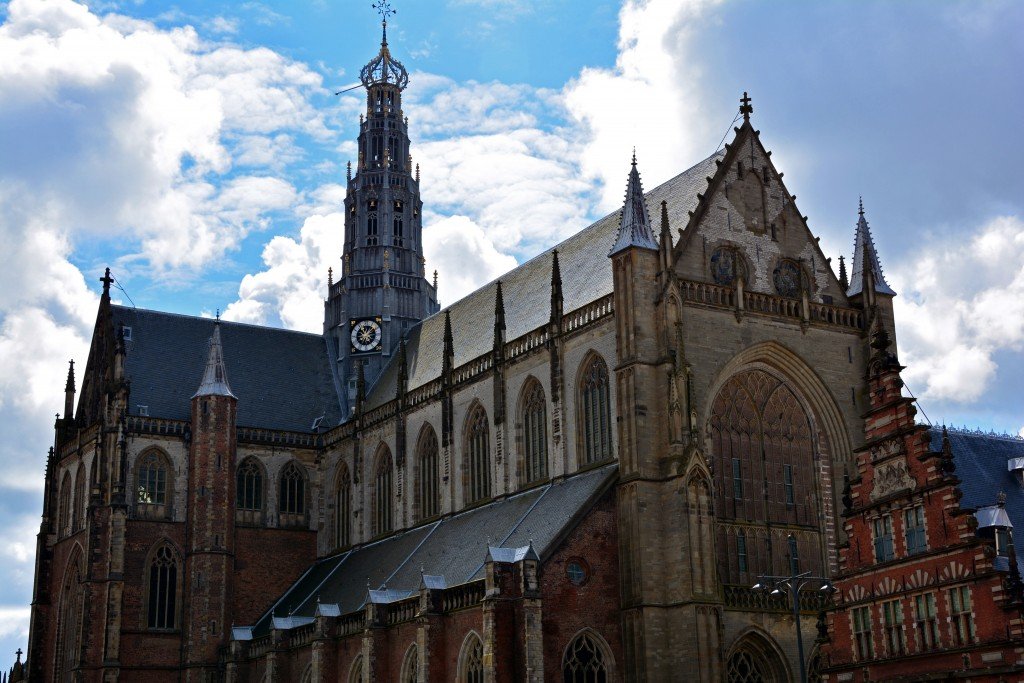 Originally built as a Catholic church in the 14th/15th centuries, it became the cathedral of the Diocese of Haarlem-Amsterdam in 1559, only to be confiscated in the name of the Protestant Reformation less than 20 years later. It has served as a Protestant church ever since. 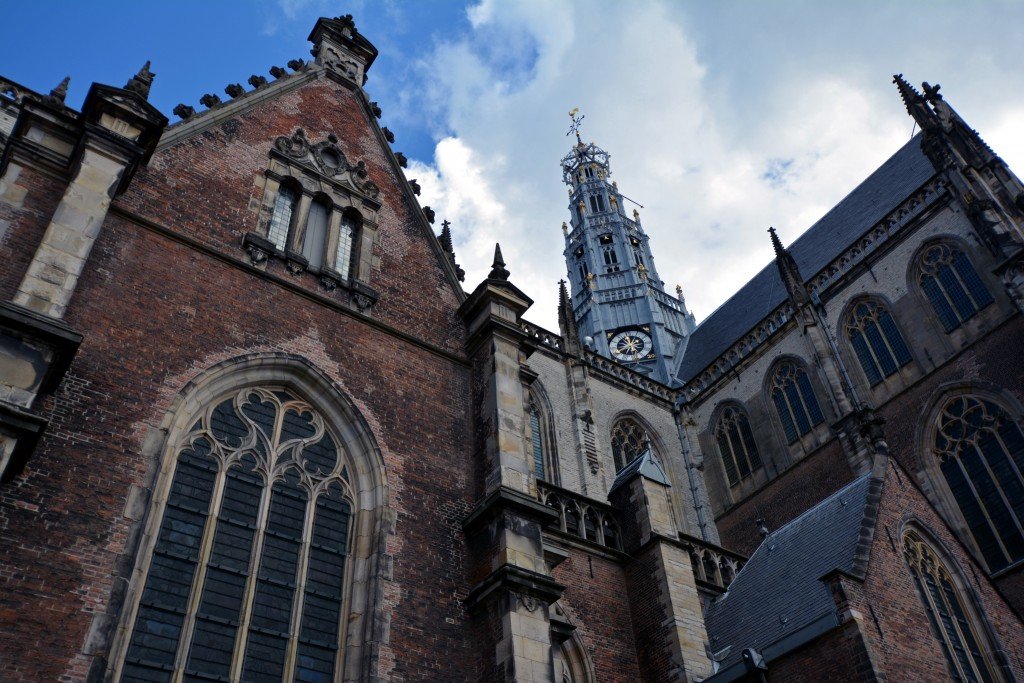 Seeing that much of our travels have taken place in Europe over the past year, we’ve visited a good amount of churches, and St Bavokerk was by far one of our favorites. 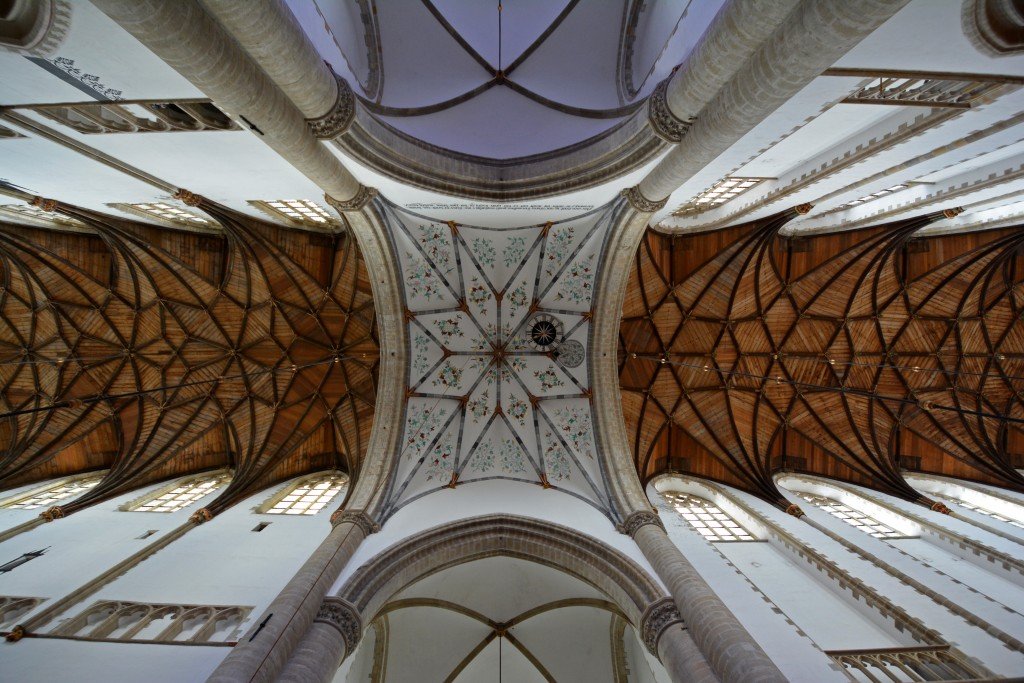 It is magnificent, without being overly gaudy. 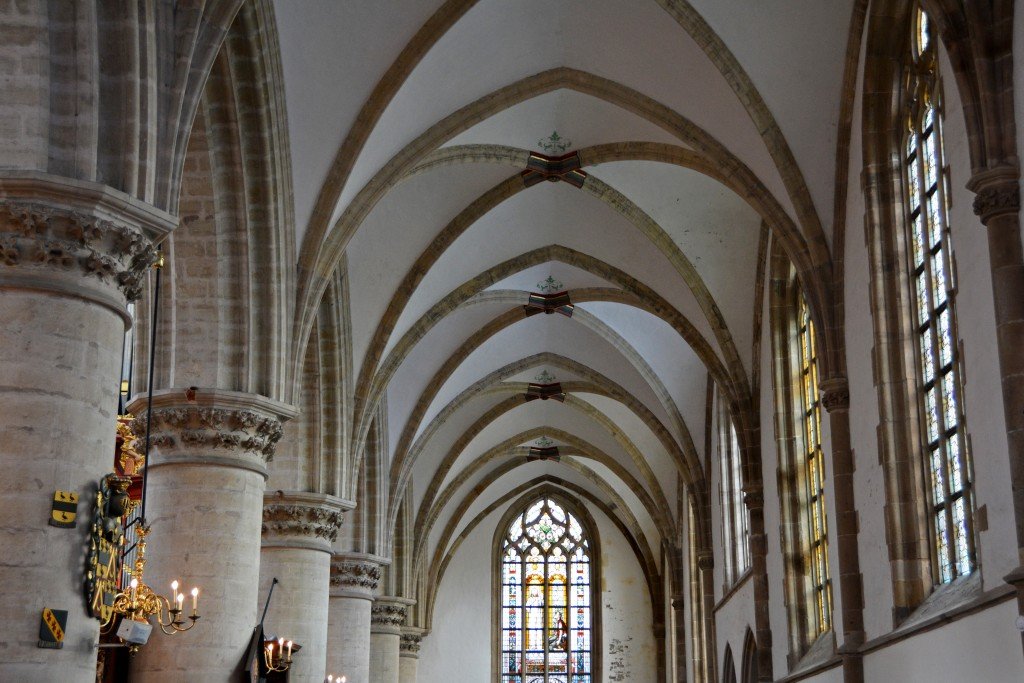 The organ inside the church is its most renowned feature. Built in the mid 1700s by Christian Müller, it was the largest organ in the world at the time of its completion. 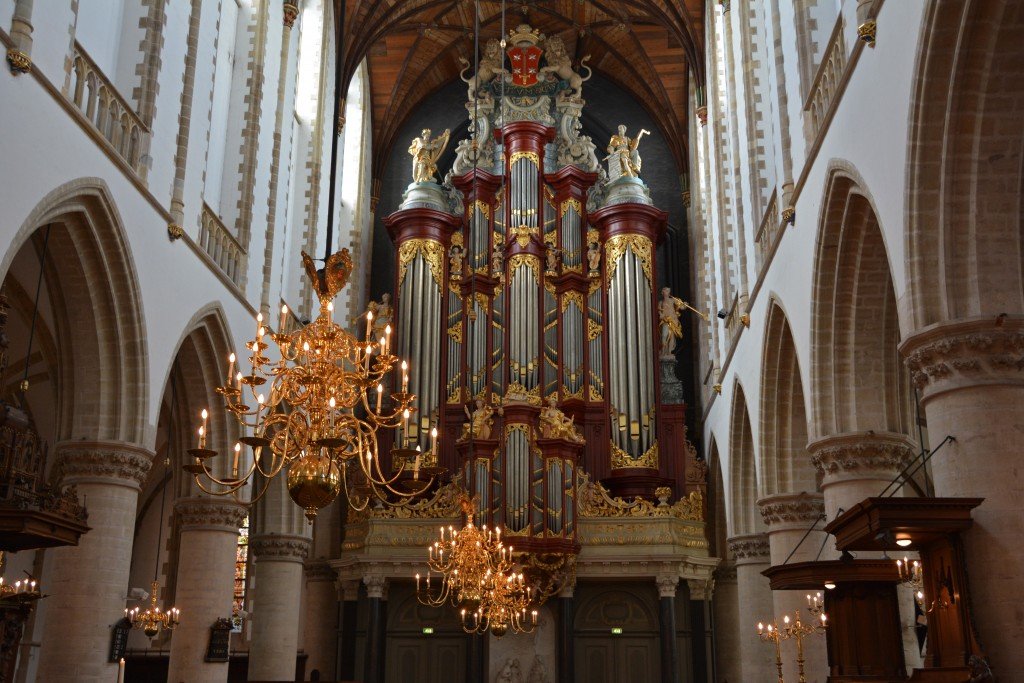 Herman Melville wrote about this very organ when describing the inside of a whale’s mouth, in his 1851 book Moby Dick.

“Seeing all these colonnades of bone so methodically ranged about, would you not think you were inside of the great Haarlem organ, and gazing upon its thousand pipes?” 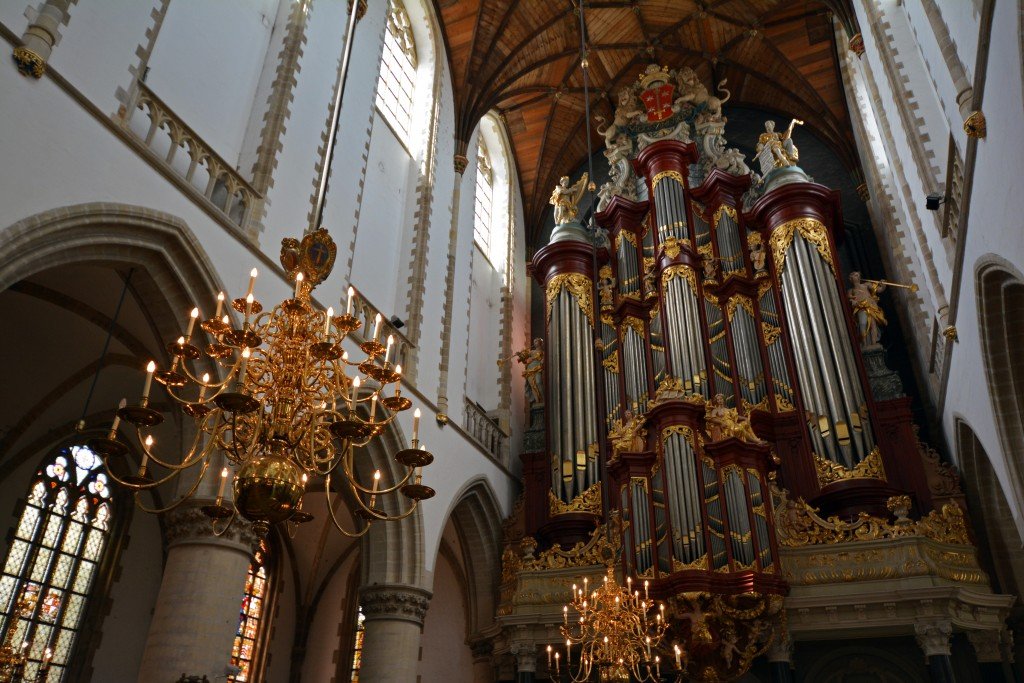 Many famous musicians have played this organ, including Mendelssohn, Händel, and most notably- Mozart… when he was only 10! 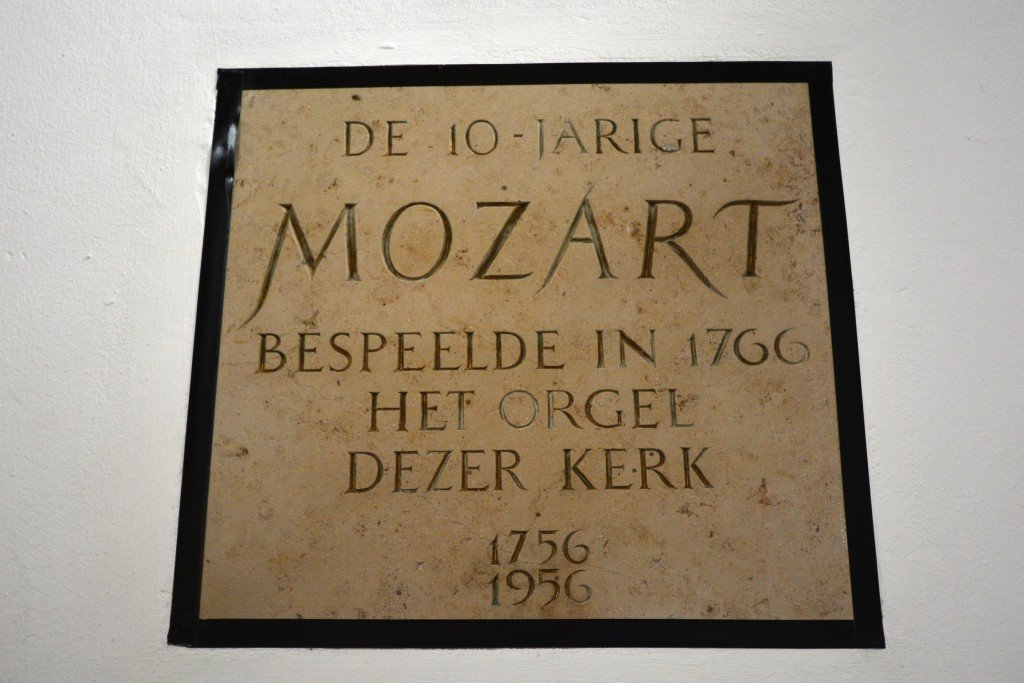 Time your visit to Haarlem right and you may be among the privileged to hear this organ live and in concert, as free performances are held on Tuesdays at 8:15 pm (20:15) and Thursdays at 4:00 pm (16:00) between the months of May and October. 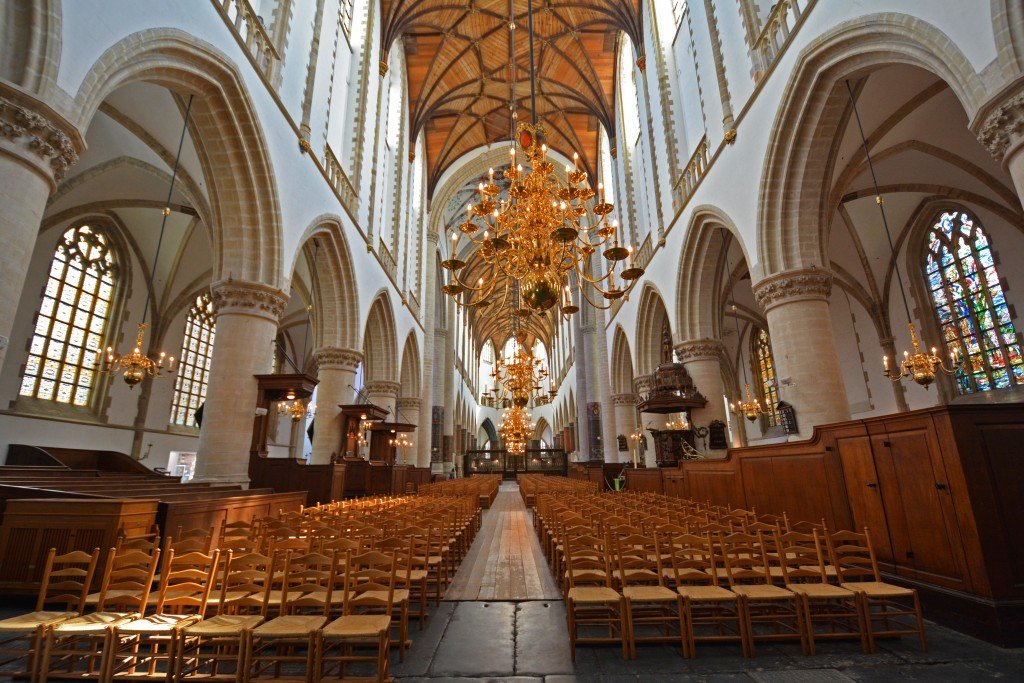 Up until 1831, graves were actually allowed inside the church, but it was only the rich, like Pieter Teyler van der Hulst (Teylers Museum), that could afford to be buried in these sacred graves. However, the fact that they were rich didn’t make their rotting corpses smell better than any others, so as the foul smell began to permeate through the floor, the phrase was coined- “stinking rich”. 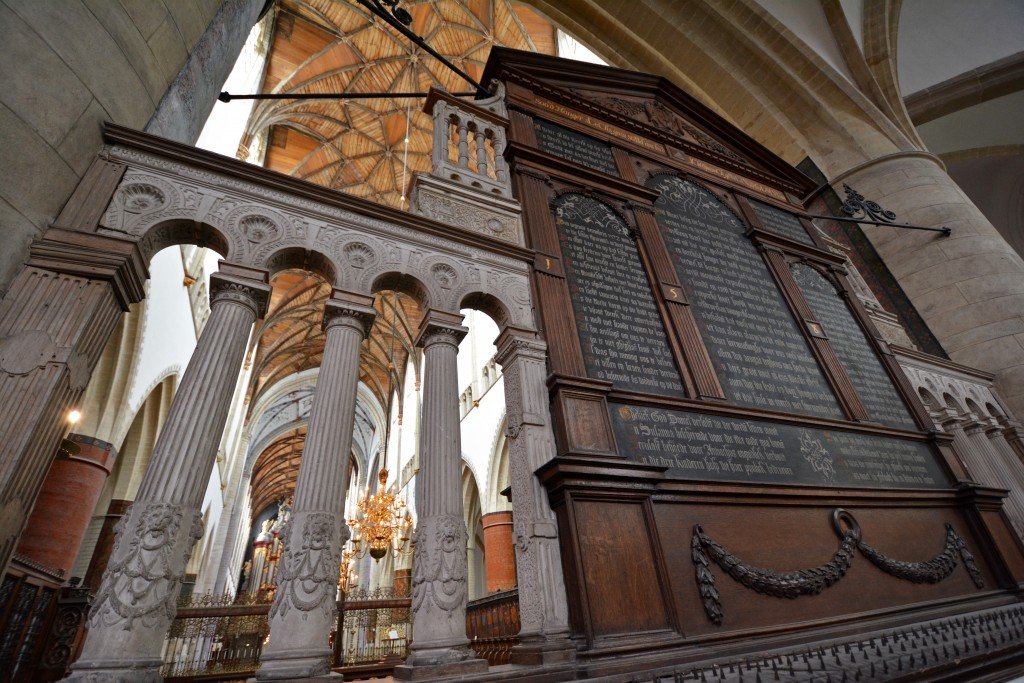 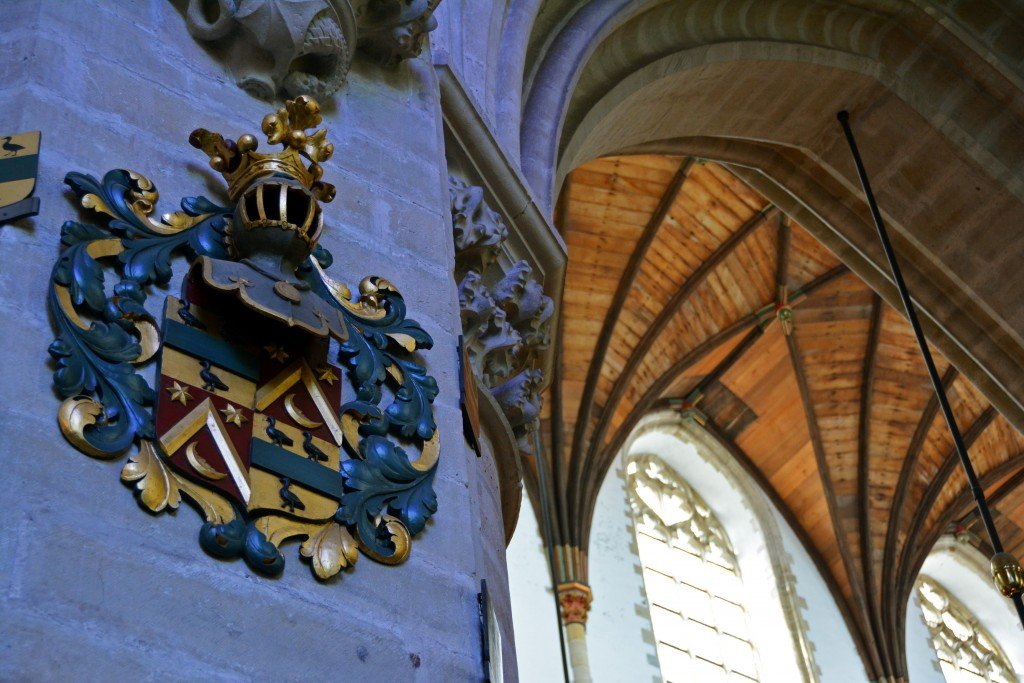 If you understand Dutch, or even if you don’t, and you want to attend a service at St Bavokerk, services are held every Sunday at 10 am from May until October. In the winter months, the service is moved to a different location due to much cooler temperatures inside the church. For admission prices and further information, visit their website (though you will probably need to translate the page from Dutch). 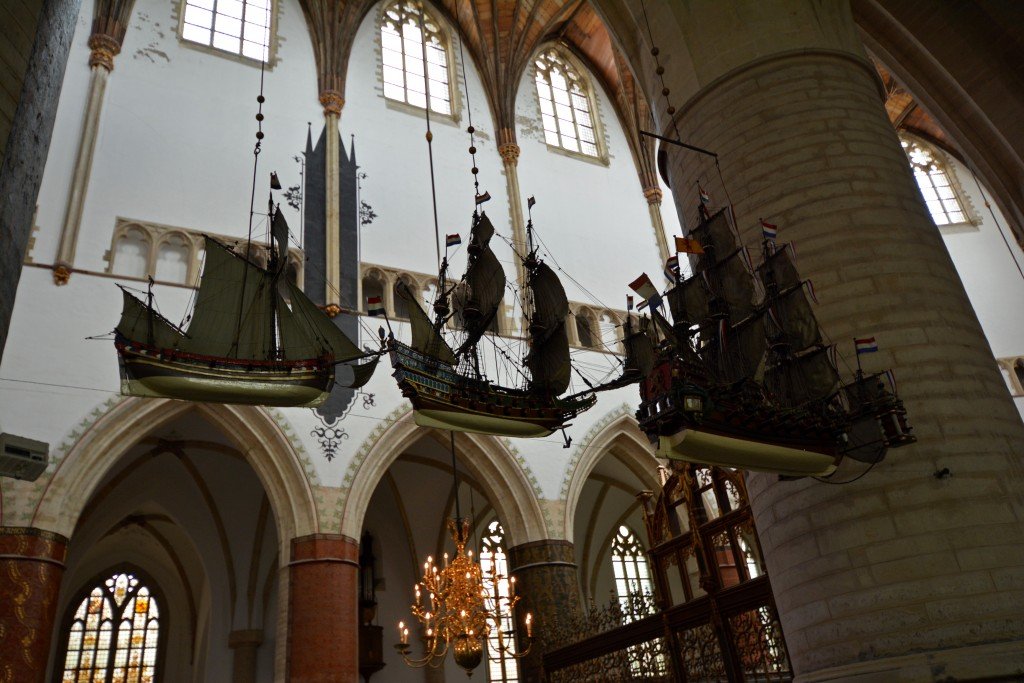 St Bavokerk is just one of the many beautiful attractions to visit in the charming town of Haarlem.

Give us 3 more minutes and allow us to convince you why you should make a stop in this quaint Dutch city on your next trip to the Netherlands! Read this post!

Want more ideas for things to do and see in the beautiful town of Haarlem? Take a look at our (printable) Destination Guide.

Check out a quick video of this great town below!