Heading to Washington State? San Juan Island Whale Watching is definitely an experience you’ll want to have on your itinerary! No visit to the San Juan Islands is complete without a whale watching experience. Seeing orcas in the wild was a bucket list item that we were ecstatic to cross off our list!

FUN FACT: Did you know that orcas (Orcinus orca) are actually not whales? They are the largest member of the dolphin family. And before we get into our wonderful San Juan Island whale watching experience, allow us to point out another FACT:

Orcas DO NOT Belong in Captivity!

They received their ‘killer’ nickname (killer whales) from ancient mariners who witnessed their attacks on other cetaceans (whales, seals, etc.). While in their natural habitat, orcas are not considered a threat to humans, however since the first orca was taken captive in the early 60s, 3 people have lost their lives and several more have been injured in these ‘controlled’ environments. As it turns out, we have now become more of a threat to them. According to the charity Whale and Dolphin Conservation, at least 150 orcas have been taken into captivity since 1961. What started as a quest to learn more about these intelligent beings has turned into a selfish ploy for ticket sales and merchandise revenue, putting these creatures at great risk in an unnatural environment. 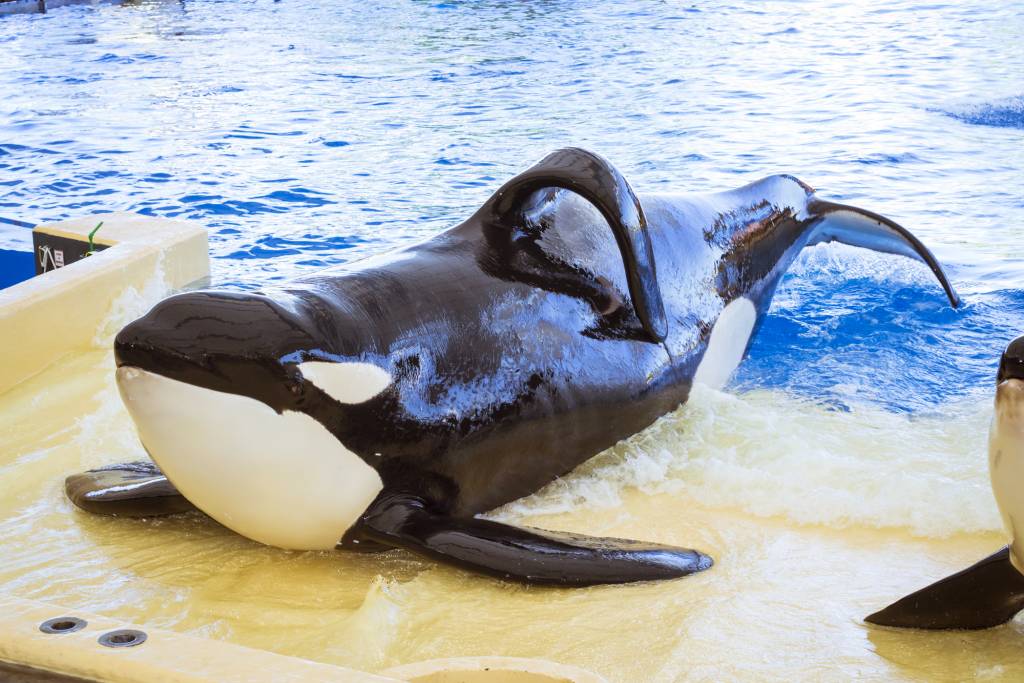 The release of the 2013 documentary Blackfish has fortunately brought about widespread and necessary awareness to the wretched practices and conditions of orcas in captivity, and while the pressure was enough to decrease ticket sales at sea parks around the world and coerce Sea World to put a halt to their unnatural breeding processes, over 50 orcas remain in captivity. So, what can you do to help? For starters, stop supporting the multi-billion dollar sea park industry! Instead observe them respectfully in their natural habitat with a San Juan Island whale watching experience.


Seeing orcas in their natural habitat is the primary reason we’ve been dying to get to the San Juan Islands for so long. San Juan Island in Washington State is home to Lime Kiln State Park, the world’s first whale watching park and since Lime Kiln is one of the BEST places in the world to spot orcas from land, we’d be lying if we didn’t disclose that we visited the park 4 times in 3 days with high hopes of seeing these majestic creatures from the shore. The truth is, though it is fairly likely you will have the opportunity to see orcas on a San Juan Island whale watching boat tour (May-September), the odds of you being at Lime Kiln State Park at the exact moment members of the J, K, or L resident pods swim by are not as great. The first time we visited LKSP, another visitor shared with us that the pod just swam by less than 30 minutes prior. We tried again that evening, hoping they would make another appearance in their loop around the island. Again, we had no such luck, but we did enjoy a nice picnic meal while taking in the beautiful surroundings.

There is no rhyme or reason as to when the orcas will swim by Lime Kiln, as it’s not based on time or tide, but rather where the salmon are. We tried again the following afternoon and again saw no orcas. On our day of departure, we decided to stop by the park for one last attempt. We were originally planning to take the 11:35 am ferry to Orcas Island, but when our departure time came and went and we still hadn’t seen any orcas, we decided we’d catch the next ferry (2:20 pm) and give it one last shot! WOW, are we so glad we stuck around! We saw humpback whales, seals, stellar sea lions, and for over an hour and a half, members of the resident orca pods passed by the shore. We saw a few breach (jump out of the water) and slap their tails on the water (check out our video). As if that wasn’t enough, one of the newest members (babies) of the pod was also present. It was the experience we had longed for and we felt so fortunate that our persistence finally paid off!


Seeing orcas at Lime Kiln State Park was not our first orca encounter during our visit. The day before, we embarked on a San Juan Island whale watching expedition from Friday Harbor with San Juan Excursions. We set sail on the 65-foot Odyssey and made our way out into the Salish Sea. Not only did we see several orcas, but also spotted a gray whale, a humpback whale, seals, and a cluster of stellar sea lions on a rock outcrop.

It took a good hour to get out to the spot where the orcas were last seen, but when we came upon them, it was a truly magical moment that left us in awe. San Juan Excursions follows the guidelines for watching marine wildlife (Be Whale Wise) and kept a respectful distance from the whales. (Keep in mind, we were clicking away with a 400mm telephoto lens.) At one point, Captain Pete turned off the engine and one of the whales (J-26, also known as Mike) curiously swam within a few feet of our boat! Our San Juan Island whale watching experience are cherished memories we won’t soon forget! 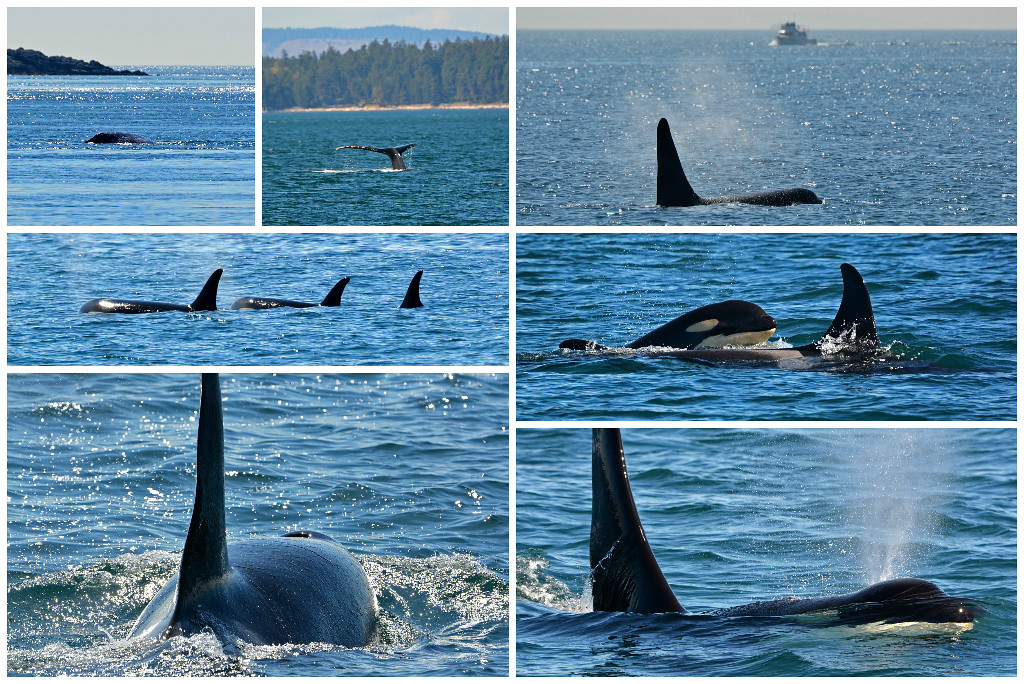 Learn More About Orcas in the Wild


Whether or not your visit to San Juan Island coincides with when the resident orcas are ‘in town’ (May-September), you want to be sure to stop by The Whale Museum in Friday Harbor. Back in 1979, it became the first museum in the country dedicated to the interpretation of whales living in the wild. Gaze upon life-sized models and skeletons as you peruse the informative displays and hands-on exhibits. This should definitely be a stop before you go out on a San Juan Island whale watching adventure. We visited in the morning before our tour with San Juan Excursions. 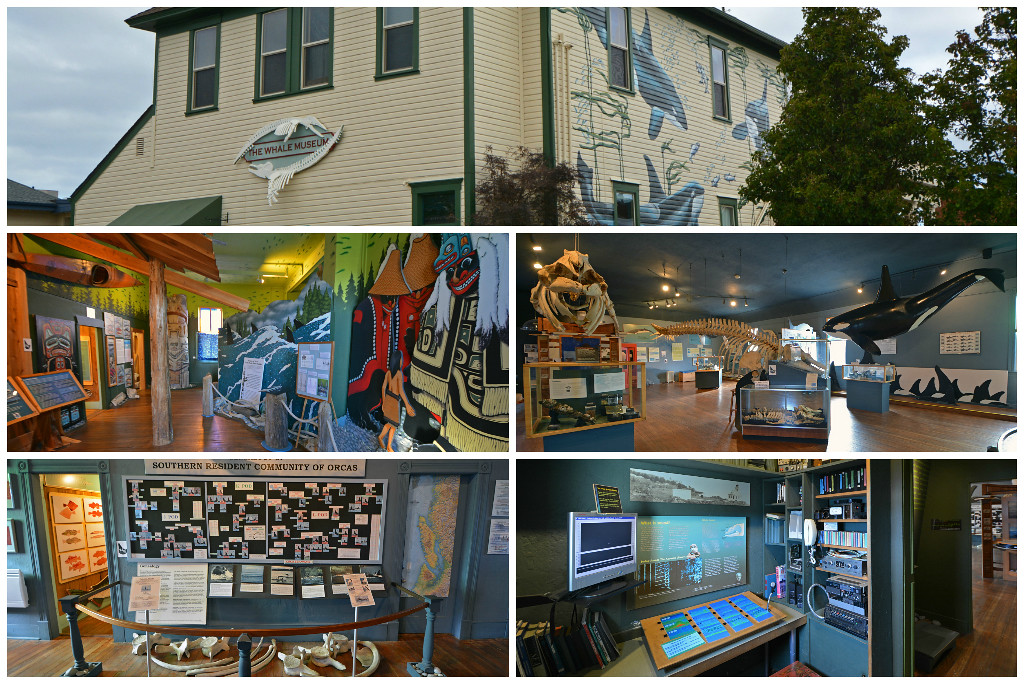 We also visited Whidbey Island (southeast of the San Juan Islands) during our September visit to the Pacific Northwest where we stopped by the Langley Whale Center, a project of Orca Network. The mission of the Orca Network is to raise awareness of the whales of the Pacific Northwest, along with the importance of providing them healthy and safe habitats. One of their greatest hopes is to bring Lolita home. In 1970, speedboats, an airplane, and explosives in the water were used to corral eighty orcas from the Southern Resident population into Penn Cove, just 30 miles from where the Langley Whale Center now sits. Seven orcas were taken into captivity and as many as five died during this heinous capture. Only one of the seven captured is still alive and has been in captivity for the past 46 years. Lolita is the oldest living killer whale in captivity, in the smallest tank in the country (at Miami Seaquarium). You can read more about her story at SaveLolita.org. 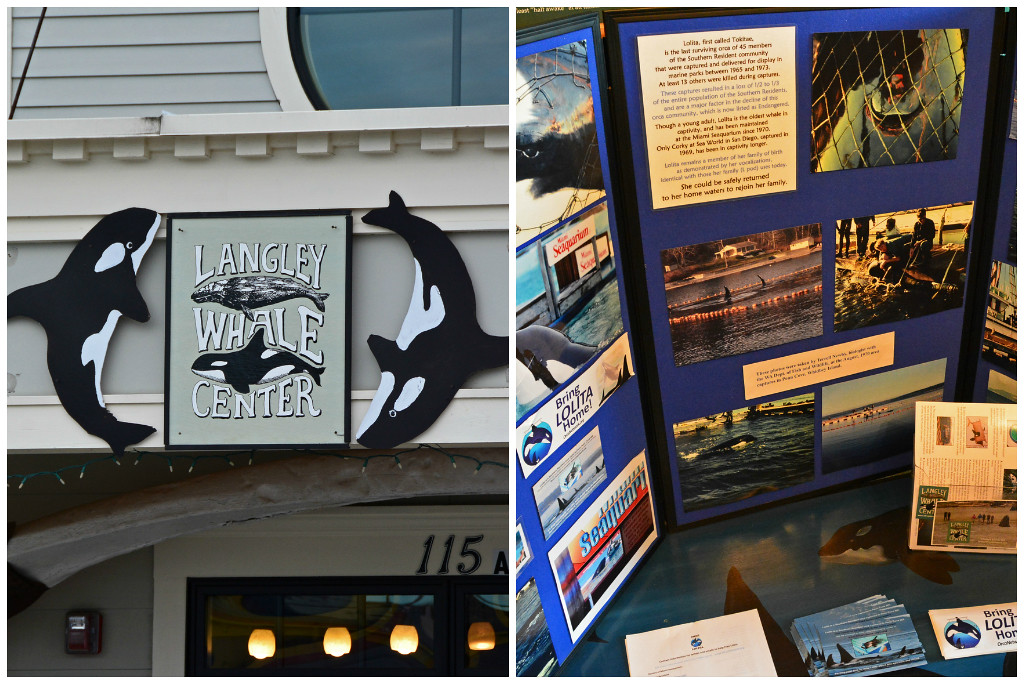 While we wanted to focus more on the joy we felt seeing orcas in their natural habitat during our San Juan Island whale watching trip, we’d be remiss if we didn’t share the reasons behind why seeing these magnificent creatures in the wild was so important to us. We were both raised just an hour away from Sea World in Orlando and grew up visiting the park a number of times. Being surrounded by flashing lights, pumping music, and clapping fans… it’s hard not to get sucked into the allure that the “Shamu” performance was something magical. The truth of the matter is that orcas in captivity have a deplorable quality of life and a drastically decreased life expectancy. This is due to the atrocious and depressing conditions where they are now forced to call ‘home’ so far from the family they once knew. They are held hostage in 0.0001% of the quantity of water they would typically traverse in the wild in a single day within a tank no deeper than the length from their snout to tail. They would need to swim 1,400 circles a day in their tank to equal the distance they could swim in the wild. So, again we urge you – stop supporting the multi-billion dollar sea park industry and instead observe them respectfully in their natural habitat.

How’s that face for excitement?! Seeing orcas in their natural habitat was a dream come true!

These majestic creatures can be found throughout the world’s oceans, but tend to prefer the cooler waters of Norway, Argentina, Iceland, Vancouver Island (Canada), Southeastern Alaska, Monterey Bay, California, and around the San Juan Islands in Washington State, where we had the wonderful privilege of seeing them roam freely in the Salish Sea. Besides San Juan Island whale watching, there is so much more to do! Have a look at our post – Top 10 Experiences on San Juan Island Washington and start planning your visit to San Juan Island today! You can also go to VisitSanJuans.com for more information about all of the San Juan Islands.

We’d like to thank the San Juan Island Visitors Bureau for providing us with support during our time on San Juan Island, including this San Juan Island whale watching experience. As always, all write-ups are an accurate reflection of the experiences we had. All opinions expressed are our own.