How to Get to Cinque Terre & Other Useful Info21.1K Total Shares 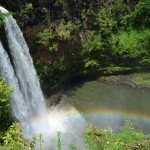 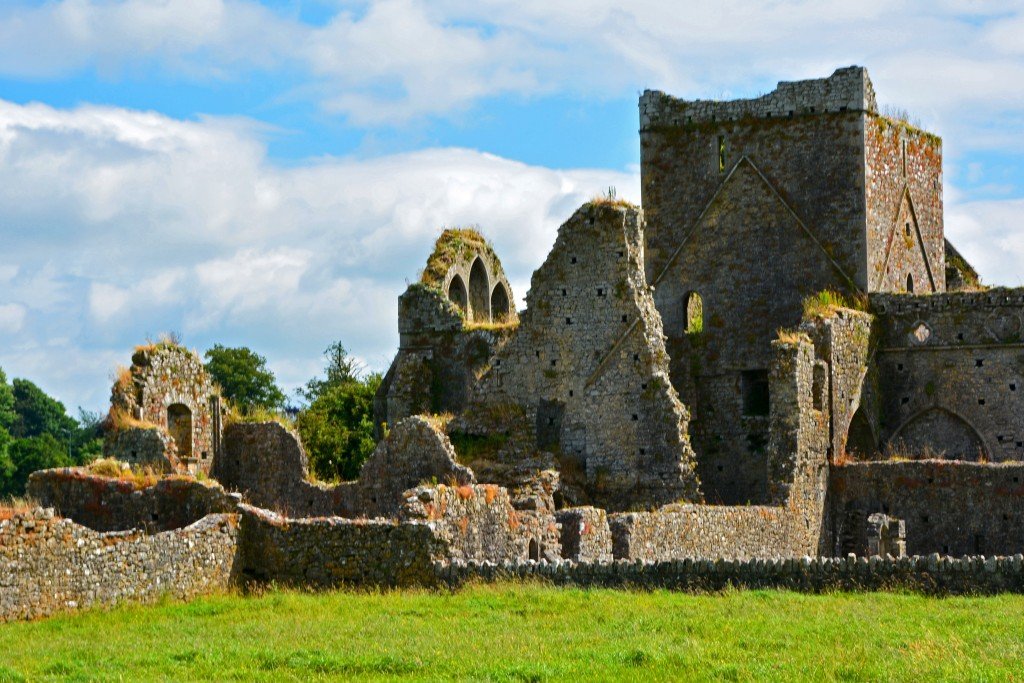 Perched on a hill in County Tipperary, Ireland, sits the centuries-old Rock of Cashel. The Rock of Cashel was the traditional seat of the kings of Munster for several hundred years prior to the Norman invasion. In 1101, the King of Munster, Muirchertach Ua Briain, donated his fortress on the Rock to the Church. 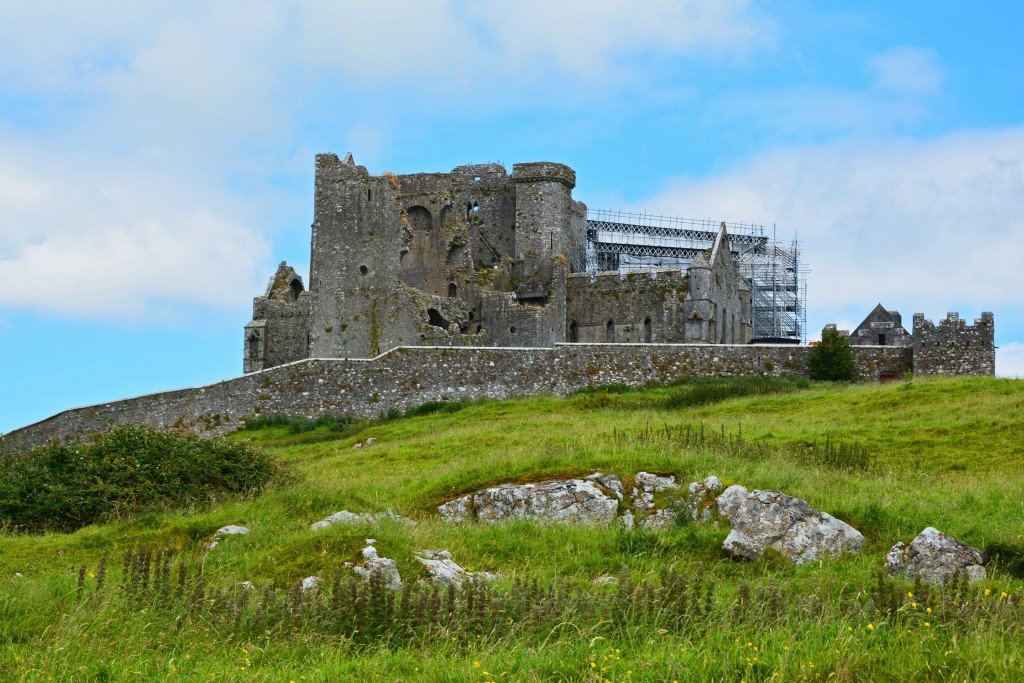 As luck would have it, the place was being renovated during our visit! Given the beautiful surroundings (and our natural aversion to crowds), our group opted instead to take photos from afar and rather explore the gorgeous Irish countryside surrounding the castle. 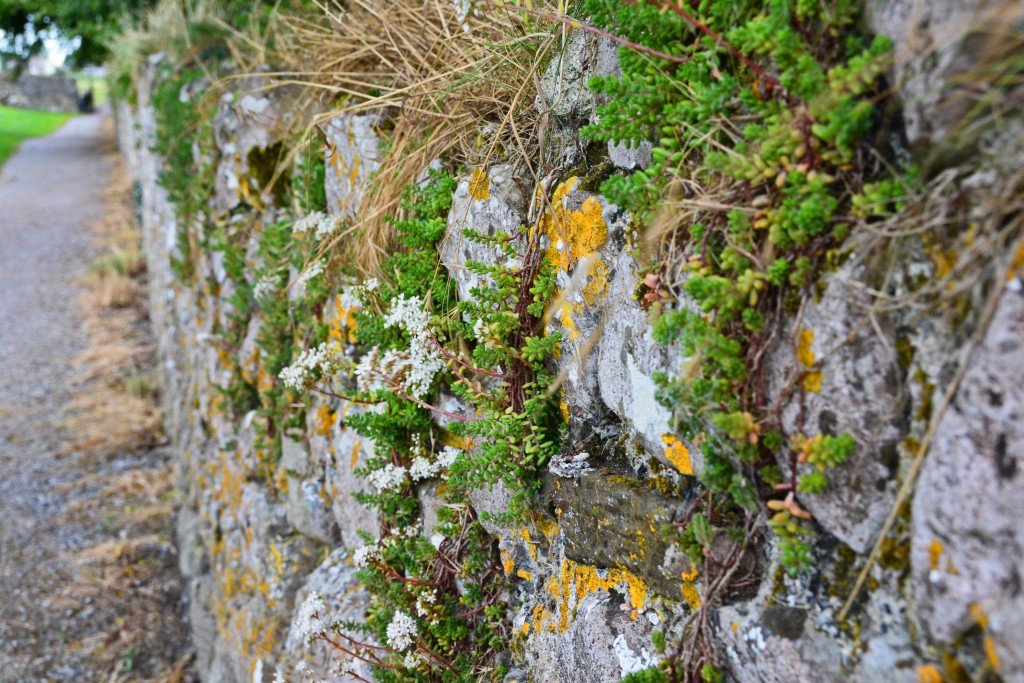 It’s important to mind your step if you decide to walk through any field in Ireland, because sheep are everywhere, as are their droppings! 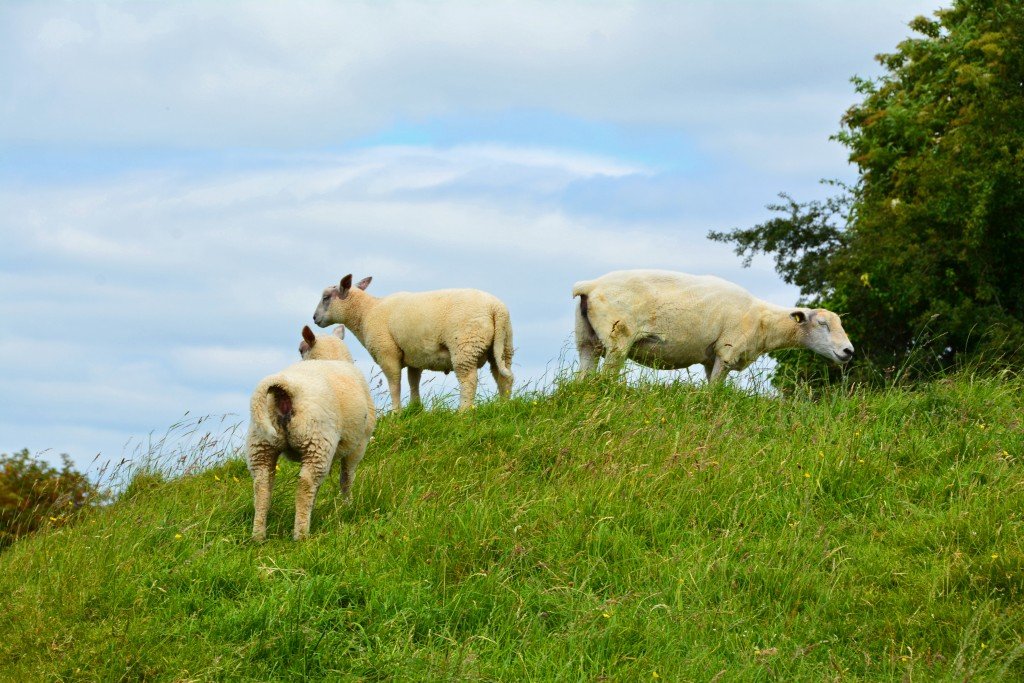 We thought it was interesting how each sheep had its own spray-paint branding. Zero points for style, but high marks for visibility! 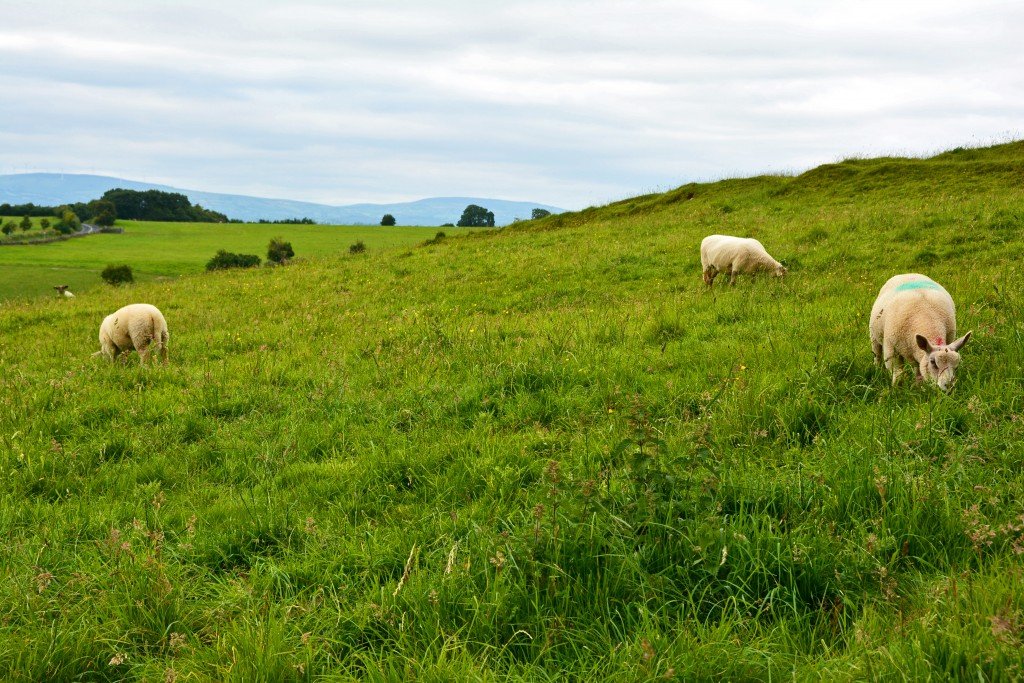 After talking with the sheep, we set off to explore a different set of ruins near the Rock of Cashel… 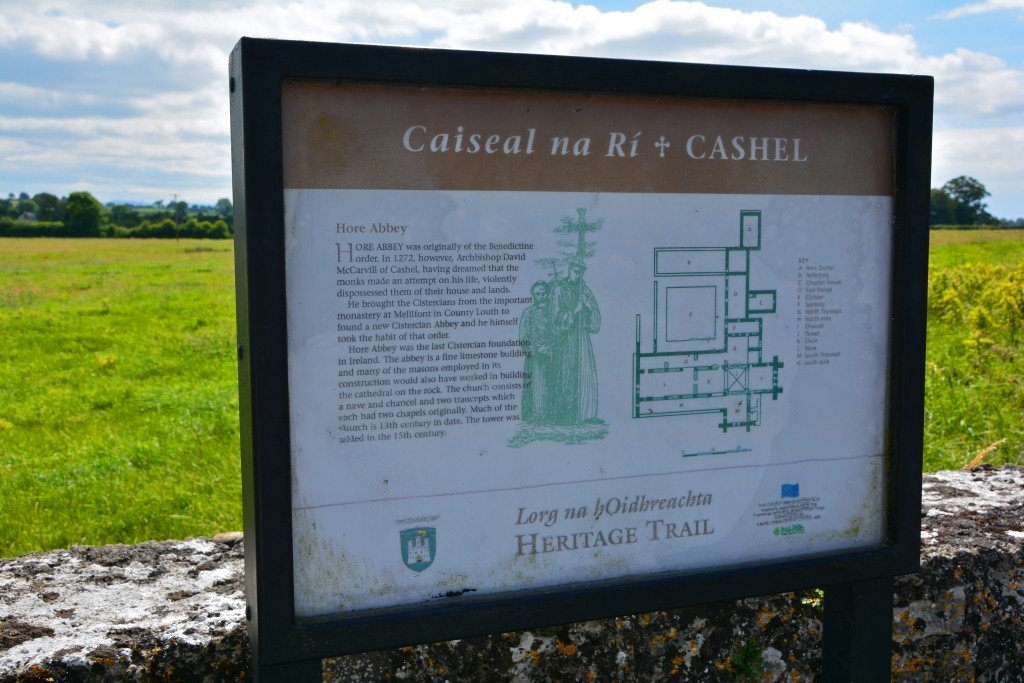 We couldn’t have been more pleased with our unexpected discovery (especially Sam, who said he could have stayed for hours!). 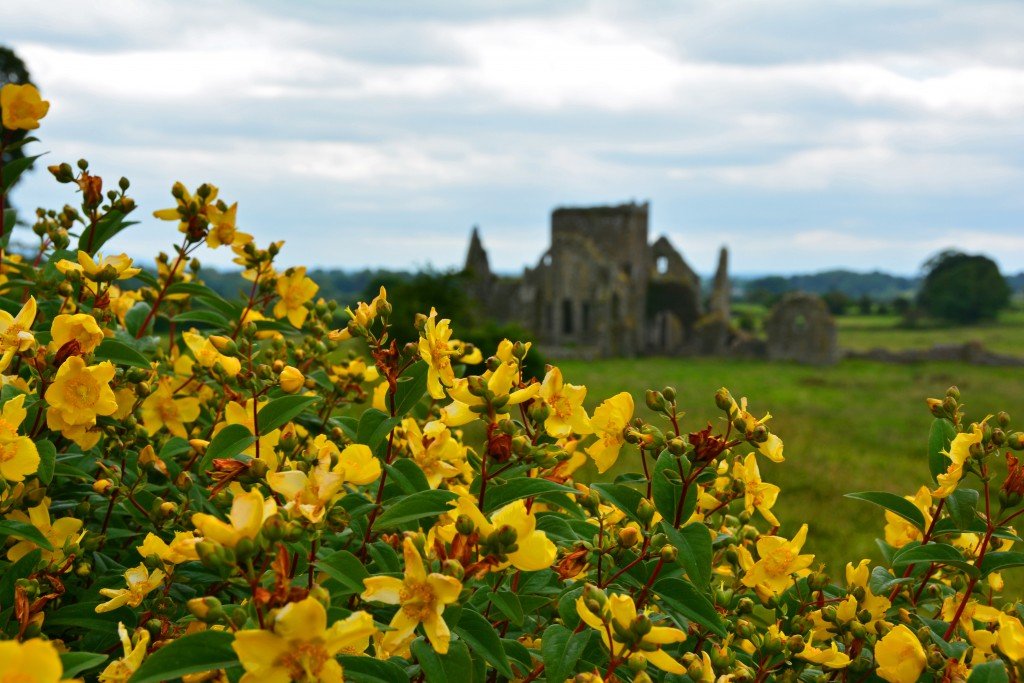 Hore Abbey (also Hoare Abbey, sometimes known as St.Mary’s) is a ruined Cistercian monastery, formerly Benedictine, that was given to the Cistercians by Archbishop David MacCearbhaill in 1270. 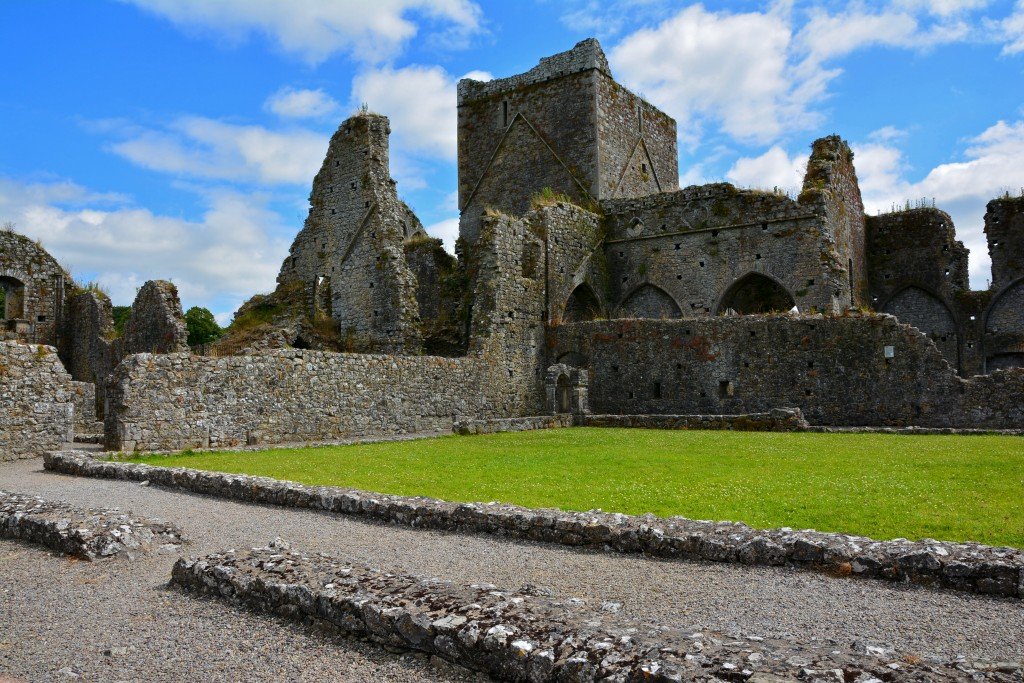 There was something calming about having the entire site to ourselves. It was easy to become transported to a time when the Abbey was full of life. 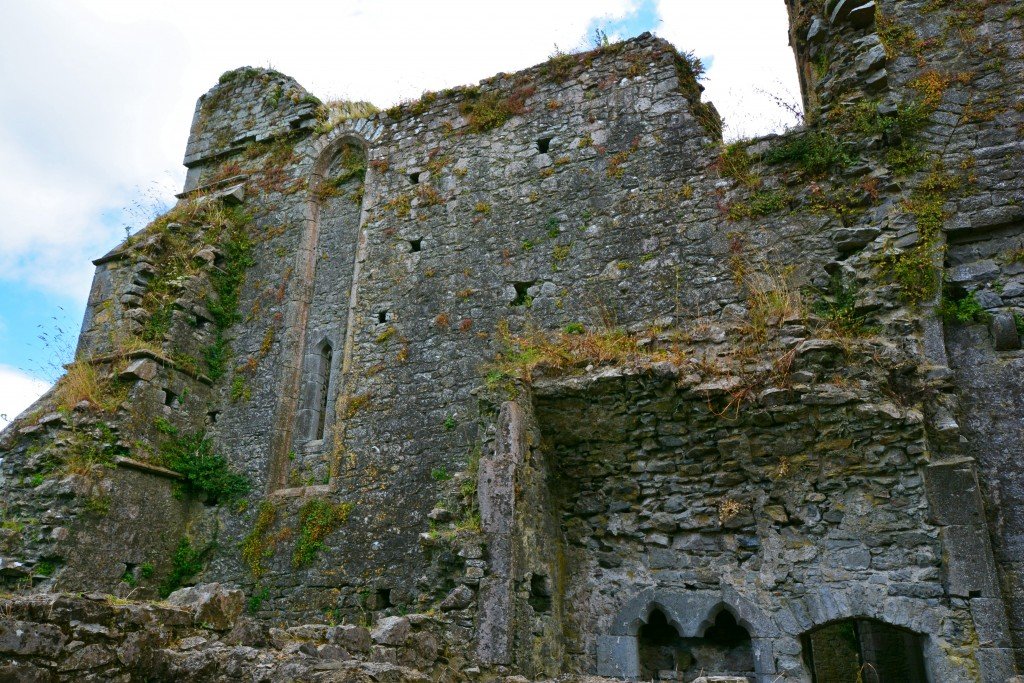 Time has definitely etched its own designs into the heavy stone. 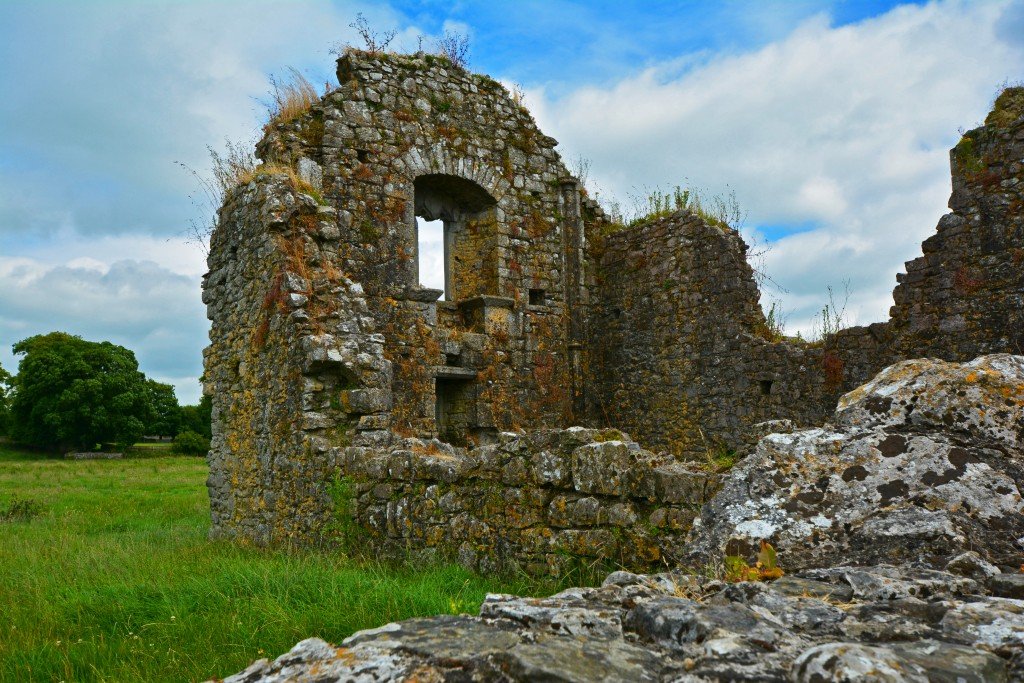 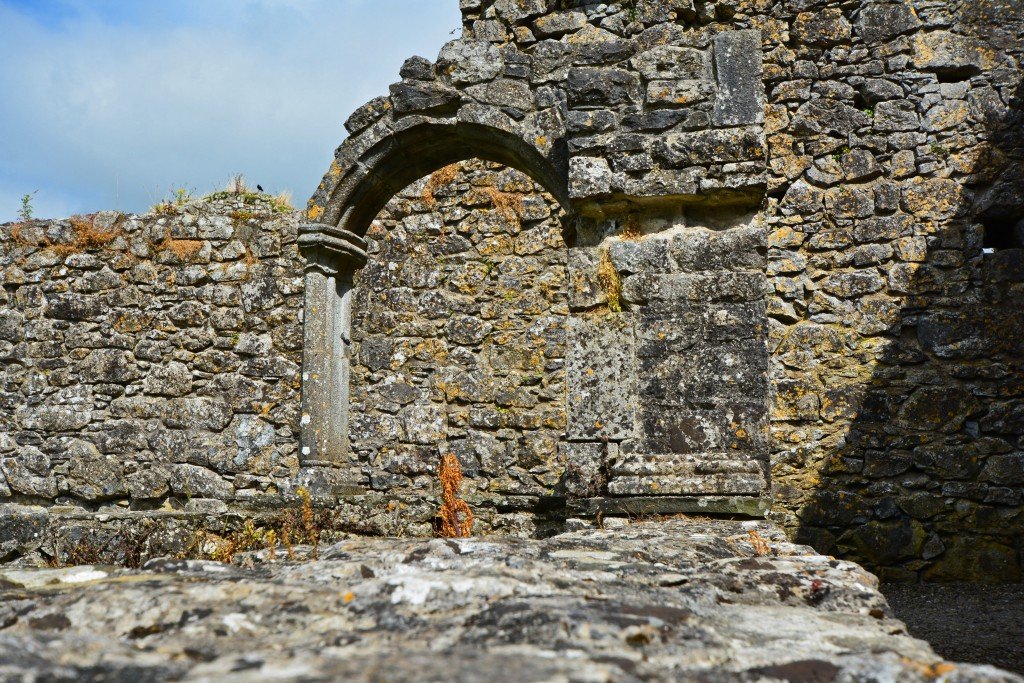 The Abbey is unique among Irish Cistercian monasteries in that its cloister lies to the north. The fact that the Rock of Cashel is directly to the north may have something to do with its alternate design. 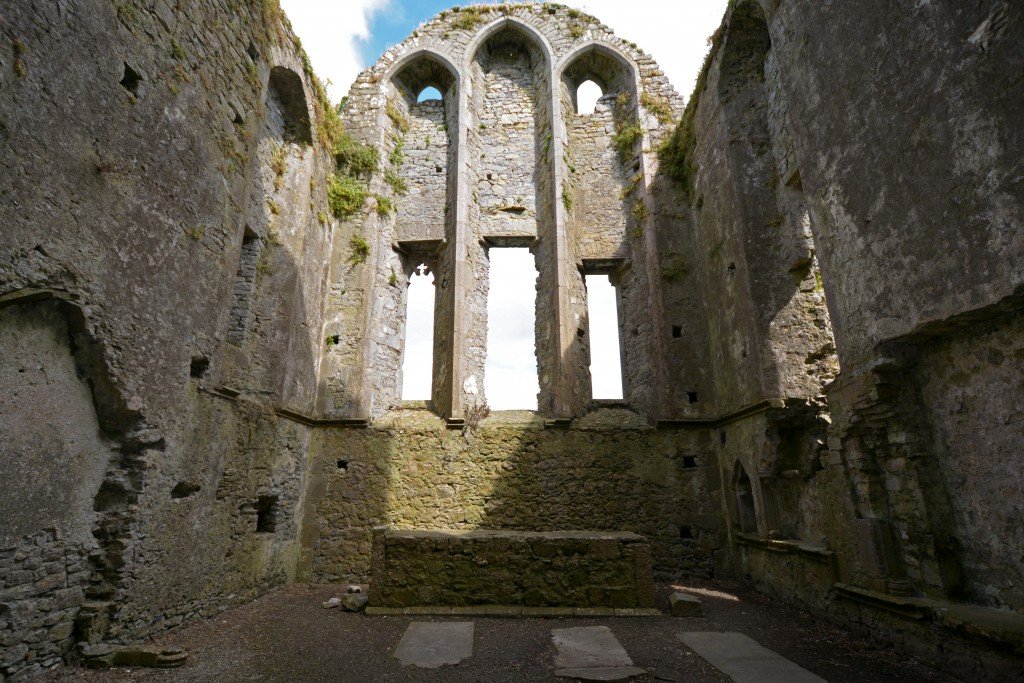 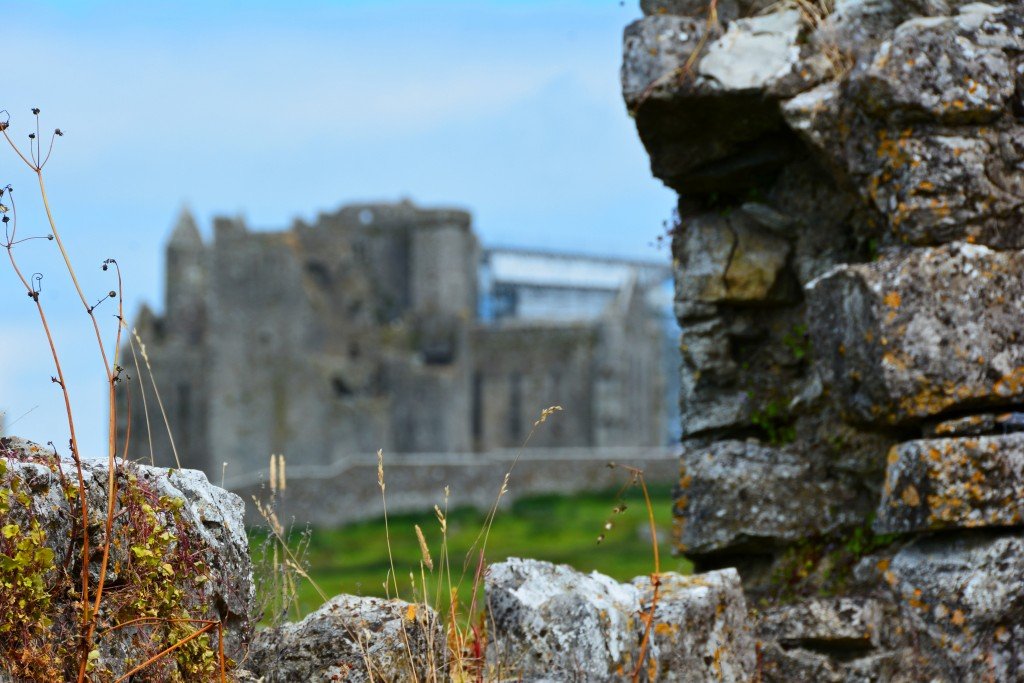 The local fields are so green that it’s impossible not to stop for a photo! 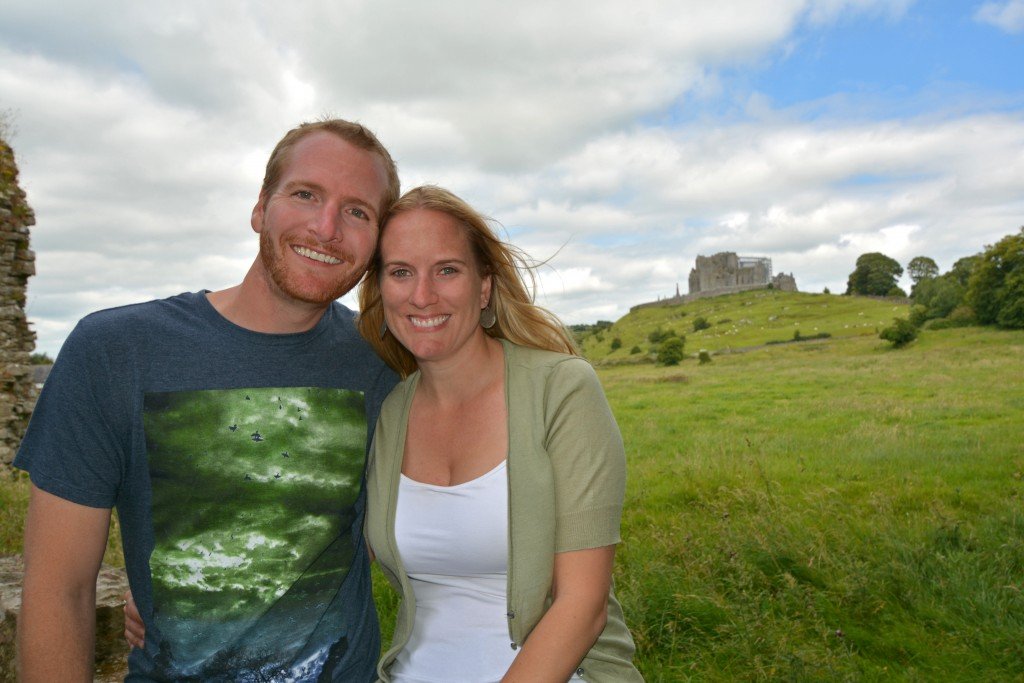 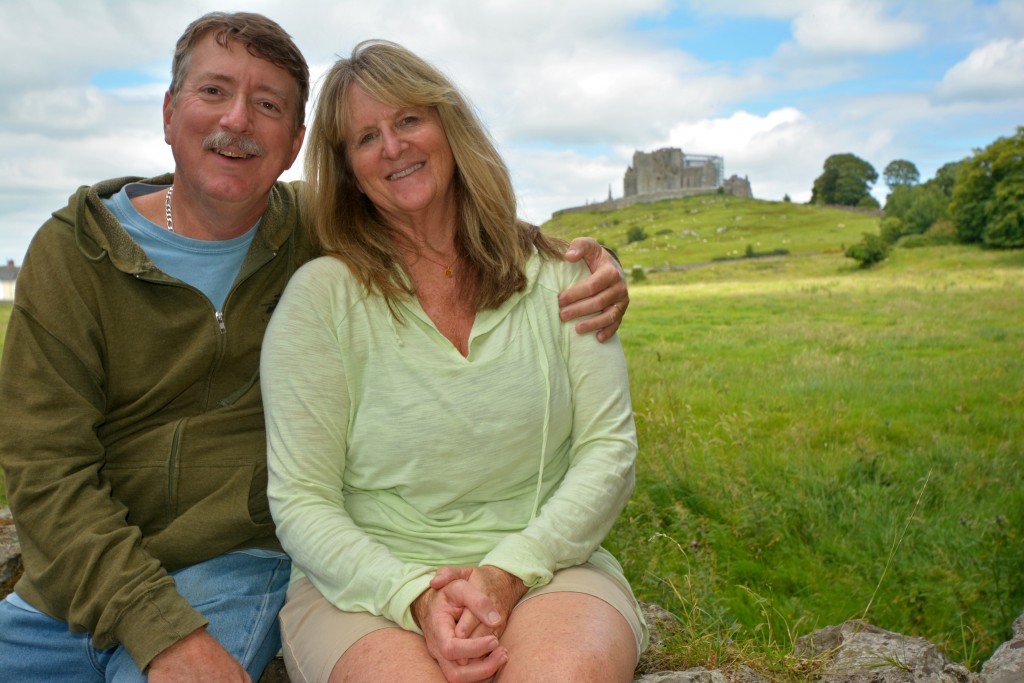 After a nice day exploring the tiny town of Cashel, we stopped off at Ladyswell Restaurant. It turned out to be a deliciously filling stop, with choices ranging from grilled chicken salads to large portions of ham and mash! 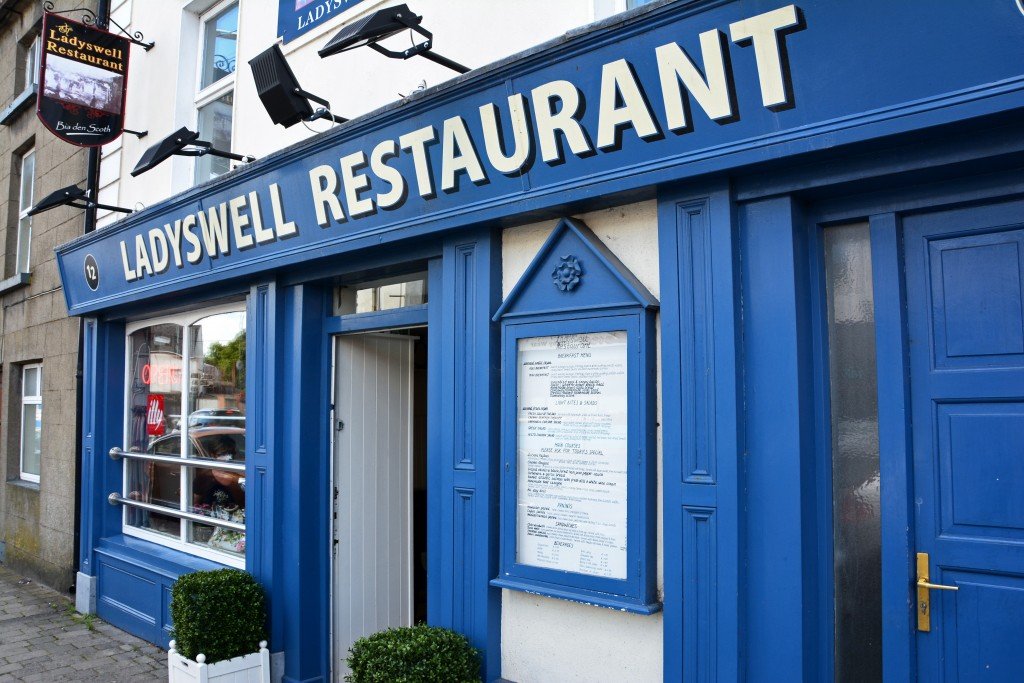 We only have little regret about not going into the Rock during our visit to Cashel. 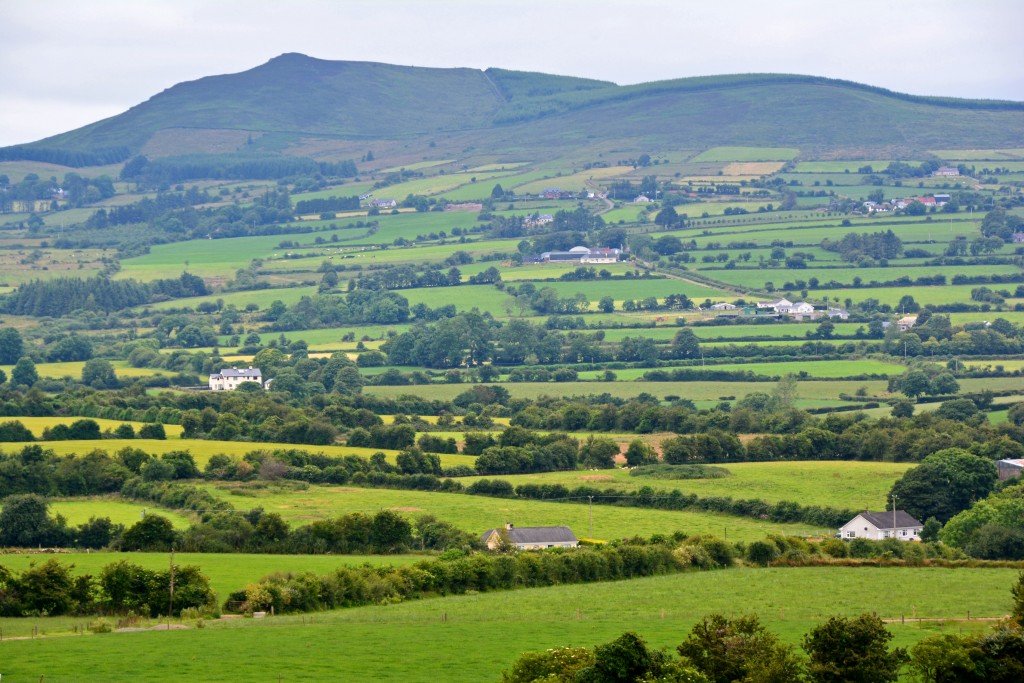 However, the surroundings were so beautiful and the nearby Abbey was so rewarding that we drove away feeling satisfied. We also know we’ll be back! 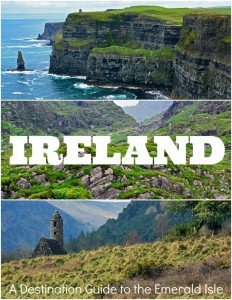